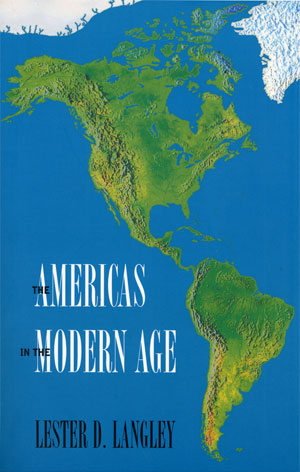 The Americas in the Modern Age
By Lester D. Langley
Yale University Press
$20

In The Americas of the Modern Age, which will be released for the first time in paperback March 23, UGA professor emeritus of history Lester Langley offers a fresh interpretation of the history of the modern Western hemisphere since the mid-19th ­century.He evaluates the dynamics of hemispheric history, commencing with the articulation of the “two Americas” (Theodore Roosevelt’s America and the contrasting America described by Cuban revolutionary, essayist and poet José Martí) and culminating with recent controversial efforts to forge a united hemisphere.

Tracing the interactions and influences among the nations of South, Central and North ­America-including Canada-Langley departs from other accounts of the past 150 years. He argues that the seedtime for today’s Americas was not the Cold War but the late 19th century and early 20th centuries. He also contends that it is not what the countries and people of the Americas have in common that binds them; instead, their cultural, political and economic conflicts tie them together. ­

“This book presents a broad perspective on the history of the Americas since 1850 and, in the final analysis, a basis for understanding the present state of the Americas,” says Roger Trask of the Office for the Secretary of Defense’s Historical Office.