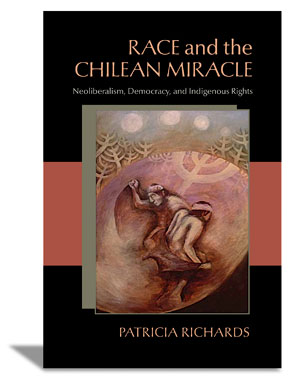 The economic reforms imposed by Augusto Pinochet’s regime (1973-1990) often are credited with transforming Chile into a global economy and setting the stage for a peaceful transition to democracy, individual liberty and the recognition of cultural diversity.

Economist Milton Friedman later would describe the transition as the “Miracle of Chile.” Yet, as Patricia Richards, UGA associate professor of sociology and women’s studies, reveals, beneath this veneer of progress lies a reality of social conflict and inequity that has been perpetuated by many of the same neoliberal programs.

In Race and the Chilean Miracle, Richards examines conflicts between Mapuche indigenous people and state and private actors. Through fieldwork, interviews with local Mapuche and Chileans, and analysis of contemporary race and governance theory, Richards exposes the ways that realities are shaped by systemic racism in the context of neoliberal multiculturalism.