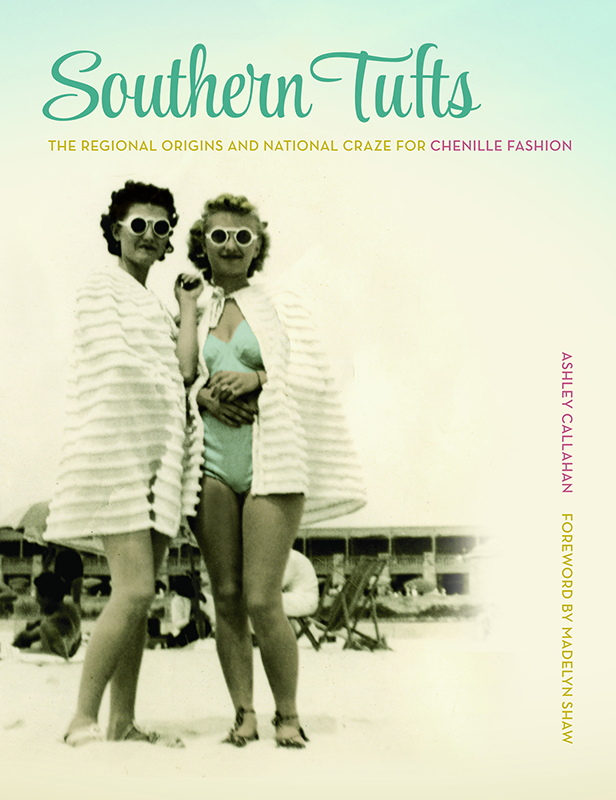 Southern Tufts highlights the garments produced by northwestern Georgia’s tufted textile industry. Though best known now for its production of carpet, in the early 20th century the region was revered for its handtufted candlewick bedspreads.

By the late 1930s, large companies offered machine-produced chenille beach capes, jackets and robes. In the 1940s and 1950s, chenille robes became an American fashion staple. At the end of the century, interest in chenille fashion revived, fueled by nostalgia and an interest in recycling vintage materials.

Ashley Callahan, an independent scholar and former curator of decorative arts at the Georgia Museum of Art, tells the story of chenille fashion and its connections to stylistic trends, automobile tourism and U.S. history.