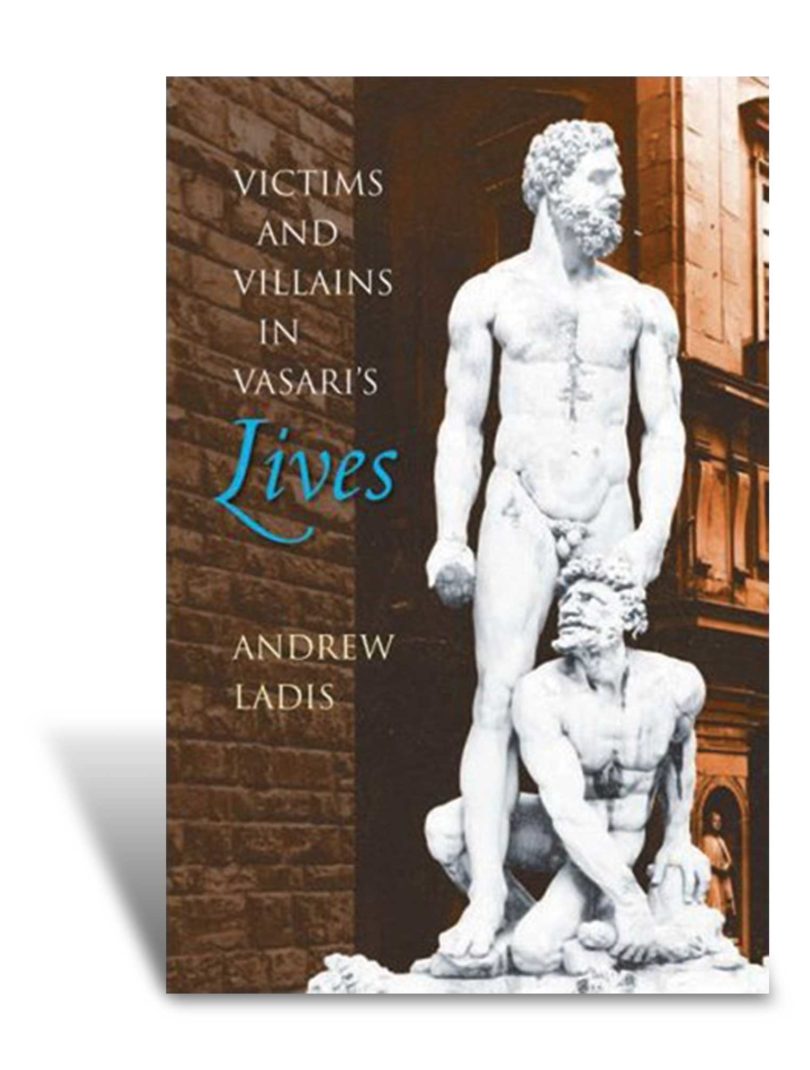 Giorgio Vasari’s The Lives of the Artists (1550, 1568) has been a key subject of study for students of the Italian Renaissance over the hundreds of years since its publication.

It has maintained a powerful grip on the historical imagination and continues to influence the way scholars treat the Renaissance, its artists and the entire intellectual enterprise of Western art.

Focusing on Vasari’s literary and narrative achievements, the late Andrew Ladis, in Victims and Villains in Vasari’s Lives, turns to Vasari’s villains, rather than his heroes, to demonstrate the biographer’s foremost ­interest in glorifying ­Michelangelo.

Approaching Lives on Vasari’s terms—as the grand story of the rebirth and triumph of art in Italy—Ladis, who was the Franklin Professor of Art History at UGA until his death in 2007, argues that Vasari was not a mere compiler of facts, but a shrewd, self-confident author aware of the power of ­metaphor.

With a literary reading of the text, Ladis analyzes Vasari’s motives and methods as an attempt to portray Michelangelo as a Christ-like exemplum of ultimate light and goodness.