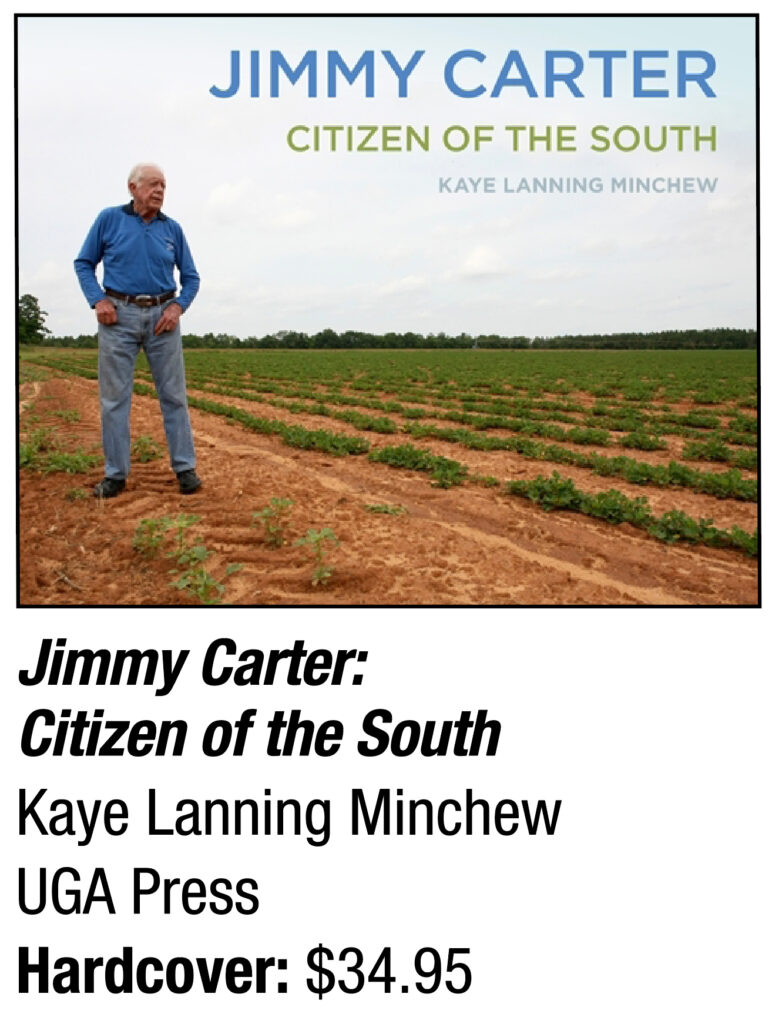 Using oral histories and more than 215 photographs, “Jimmy Carter: Citizen of the South” delves into the former president’s life and how the South nurtured him, provided a launching pad for his political career and supported him post-presidency. Even readers who are already very familiar with Carter will gain a greater appreciation for the breadth of endeavors he’s has engaged in since leaving office.

Georgia and the South have shaped much of Carter’s life and beliefs. He and his wife, Rosalynn, grew up in Plains and although military service led him to leave for around 11 years, when returning, Carter farmed and ran a peanut warehouse while he and Rosalynn raised their family. In 1962, Carter was elected to Georgia’s Senate and became governor eight years later. He became president of the U.S. in 1977, with the help of many Georgians.

Carter returned to Plains after losing his bid for reelection, where he and his wife were warmly welcomed back and supported in their new ventures by Southerners. Carter established the Carter Presidential Library and the Carter Center in Atlanta and became a professor at Emory University. He has occasionally discussed world events and periodically meets with fellow presidents and governors. At the Maranatha Baptist Church in Plains, he taught Sunday school for four decades and has also participated in programs like Habitat for Humanity.

Author Kaye Lanning Minchew uses “Jimmy Carter: Citizen of the South” to illuminate Carter’s rich past, present and legacy, adding to our understanding of his influence on national and international matters.