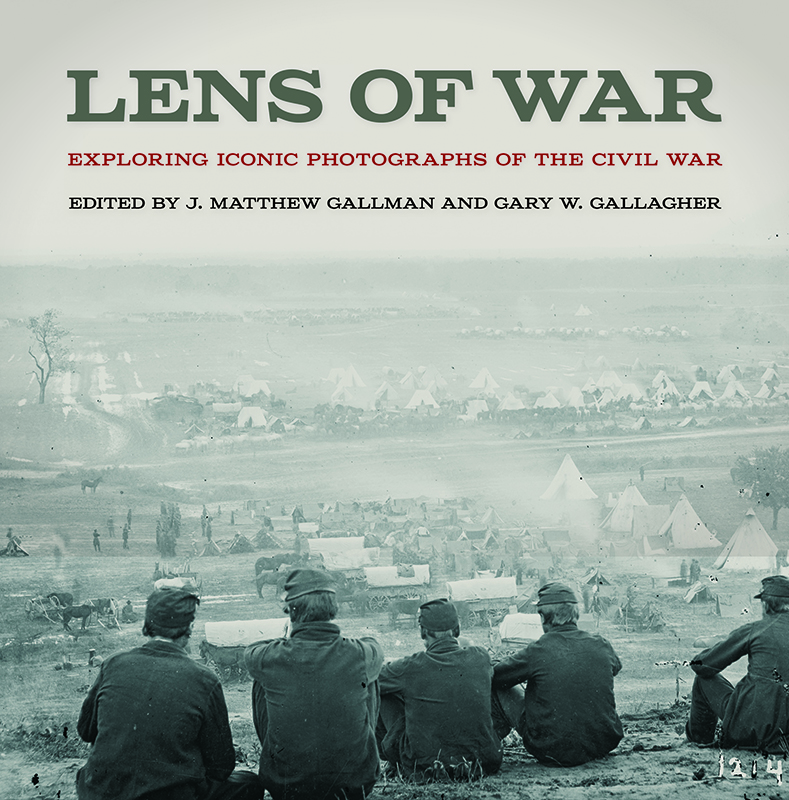 Lens of War grew out of an invitation to leading historians of the Civil War to select and reflect upon a single photograph. Each could choose any image and interpret it in personal and scholarly terms. The result is a remarkable set of essays by 27 scholars, including one by Stephen Berry, UGA’s Gregory Professor of the Civil War Era. The scholars in this book have contributed numerous volumes on the Civil War exploring military, cultural, political, African-American, women’s and environmental history.

The essays describe an array of photographs and present an eclectic approach to the assignment. Readers will rediscover familiar photographs and figures examined in unfamiliar ways. They also will discover little-known photographs that afford intriguing perspectives.