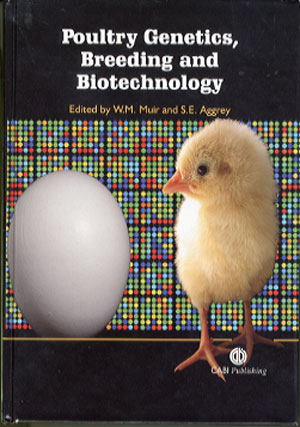 Chicken isn’t just for dinner anymore. As Poultry Genetics, Breeding and Biotechnology shows, biotechnology has taken this lowly bird from the cutting board to the cutting edge.

“In the 1950s, the problem was producing enough chickens,” Aggrey says. “Over the past 50 years, we solved that problem but created new problems-mostly breeding problems. The first part of the book is about those problems and issues that need to be solved.”

The textbook was edited in cyber­space since contributors hailed from around the world. Even the editors never met face-to-face as they compiled the book. The result, Aggrey believes, is “fantastic.”

“There is a lot of appeal for everyone in the biotech fields, ­including those working on ­humans,” he says.