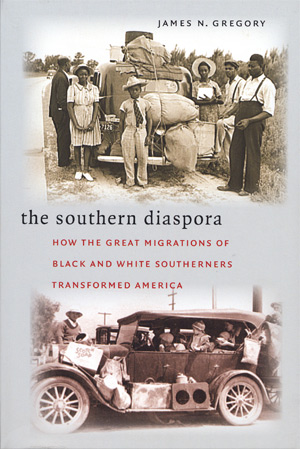 Between 1900 and the 1970s, 20 million Southerners moved north and west, and they brought their music, food, religion and politics with them.

In The Southern Diaspora: How the Great Migrations of Black and White Southerners Transformed America, James N. Gregory traces the cultural, political and demographical changes that this great migration wrought. In the process, readers learn the importance that the Southern ­Diaspora had on the nation.

By the early 20th century, writes Gregory, the South was the “most economically backward of ­America’s regions, with little industry, small cities and a huge farm population that would look for other opportunities as the decades progressed.” The North and West offered more ­opportunity.

Gregory branches out from statistics and offers sketches of particular Southerners, some of them everyday migrants whose names have been lost to history; others, more famous politicians and entertainers.

Whether discussing the impact of blues music or evangelical Protestantism in their new environments, the author puts human faces on a historical movement.