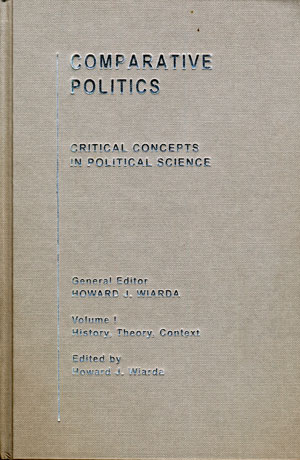 Serving as general editor for the project-which totaled 2,275 pages-Wiarda supervised a team of six researchers, mainly current or former graduate students, who compiled the ­materials.

“This set brings together the best writings in the comparative politics field and presents them in an organized, logical and coherent way,” says Wiarda. “It collects in one place all the main ideas and research in the discipline and makes the entire field centrally ­accessible to students and fellow scholars.”