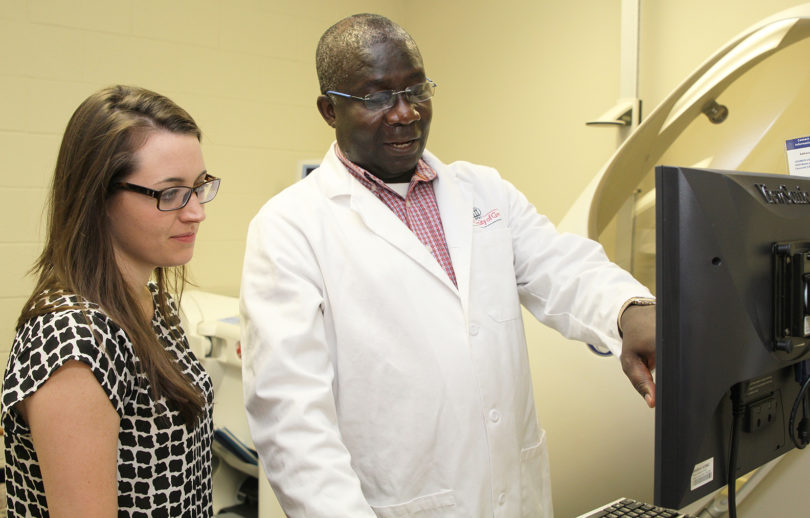 The support of peer groups and clinicians is critical to the development of effective breast-feeding programs, according to recent UGA research.

A qualitative study of 21 mothers in the Athens-Clarke County area determined that role models for successful breast-feeding help positively shape the outcomes of mothers of infants.

“Mothers who received that support are more likely to be successful at breast-feeding,” said study co-author Alex Anderson, an associate professor in the College of Family and Consumer Sciences department of foods and nutrition. “Most of them attributed the support they received to the peer counselors, which goes to show that if we have community breast-feeding peer counselors, they can help a lot of mothers.”

The motivation for the research, published in Journal of Neonatal Nursing, was to examine different forms of support that were helpful to breast-feeding mothers, said the study’s lead author, Rachel Powell, a research assistant in the College of Public Health.

“We wanted to identify barriers to recognize areas of improvement to ensure breast-feeding women are well supported,” she said. “Breast-feeding has significant health benefits not just for the baby, but for the mother as well.”

Studies have shown that infants who are breast-fed are less likely to develop diarrheal diseases, ear infections and asthma, and that breast-feeding can protect the mother against breast, cervical and endometrial cancer.

As part of the study, researchers conducted interviews with mothers of infants from the Athens community, including 12 from the Athens branch of Women, Infants and Children, which serves low-income mothers, and nine from Full Bloom Pregnancy and Early Parenting Center, which tends to serve middle-income, highly educated mothers, Anderson said.

Roughly 75 percent of the mothers who participated in the study reported negative or no support from their clinician or hospital staff regarding breast-feeding.

“It’s surprising because as a clinician that should be the first step: to talk about breast-feeding with pregnant women and new mothers,” Anderson said. “The support does take some time, and (clinicians) don’t have time. If you’re going to talk to mothers about breast-feeding, it’s going to take you at least 30 minutes to an hour to do it effectively.”

Anderson said he hopes the study shines light on the critical role clinicians and lactation specialists play in teaching and encouraging breast-feeding.

The study was authored by Powell, Anderson and Marsha Davis in the UGA College of Public Health.