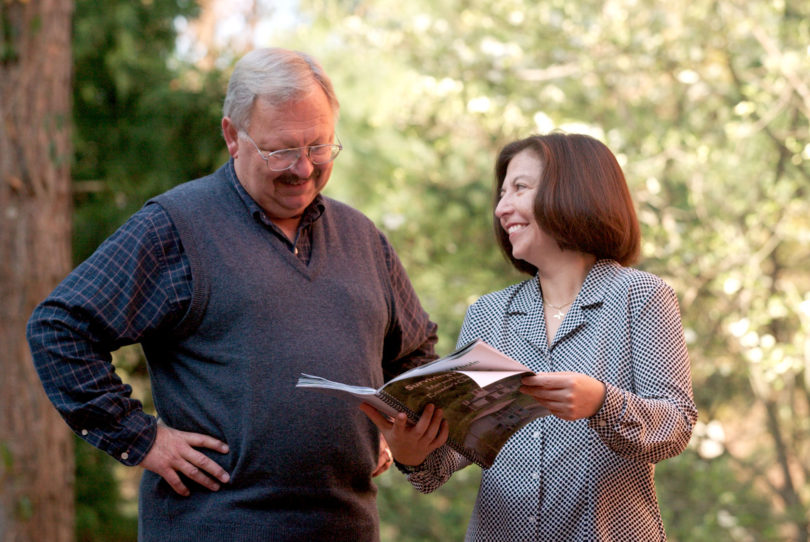 The tropics are rich repositories for most of the world’s biological diversity. Unfortunately, the rural tropics are also places of great economic disparities, where many impoverished farmers live among a small number of wealthy estates. With their small landholdings, these farmers often have few economic options and must sell their land to developers. Researchers at UGA’s Institute of Ecology are working to find better alternatives.

Historically, coffee production has been a viable choice for these poor highland farmers. Coffee is well suited to the altitude and climate, and high rates of production are possible.

“Experts encouraged the farmers to maximize their production and profits by growing coffee in full sun,” says ecology professor Ron Carroll. “However, coffee plants are traditionally shade-loving rainforest shrubs, so growing them in full sun was highly stressful. Large amounts of pesticides and fertilizer were required to be applied to the plants to overcome the effects of this stress.”

By the mid 1990s, overproduction by large coffee estates and the emergence of new coffee-producing nations, especially Vietnam, resulted in collapsing market prices for coffee. The small coffee farmers were impacted especially severely, and many of them had to sell their land.

In the late 1990s, UGA researchers began working with the Maquipucuna Foundation in Ecuador to find ways to help the farmers earn a fair price for their produce while making an ethical commitment to protect the region’s biodiversity.

The solution was to develop, produce, distribute and sell shade-grown organic coffee using a direct market model. The project has been successful, and today shade-grown, organic Maquipucuna coffee, sold under the brand name of Choco Andes, is available at Jittery Joe’s in the Student Learning Center.

“So far, more than 160 coffee-­producing farm families have joined the project,” says Carroll. “These farmers receive more than four times more for their coffee than they previously did and their production costs are less. Their exposure to toxic chemicals is eliminated. The end retail price for the coffee is less than the average cost of organic coffee because brokers are eliminated, and quality is higher. And best of all, by making these coffee plantations more like natural forests, they provide better protection for tropical biodiversity.”

UGA scientists continue to work with the Maquipucuna Foundation to develop better organic production practices to help these farmers. For example, they have found that applying residue left over from sugarcane processing to the soil around coffee plants reduces soil erosion, conserves moisture and increases beneficial soil organisms while decreasing some pest organisms. They have also taught farmers to grade their coffee beans to receive higher prices for gourmet quality coffee. Native shade trees are selected for the farms, based upon their contribution to soil fertility and their ability to attract many kinds of native birds, bats and other animals.

Faculty and students from UGA and Ecuador continue to investigate ways to expand and develop the world’s organic coffee market while they also protect the environment. Plans are being developed to provide alternative sources of income for the farmers as well.

“While bird-watchers often come to parks and other protected areas expecting to see tropical birds, they leave frustrated because the birds are hidden in dense foliage,” says Carroll. “In the more open canopy of Maquipucuna’s coffee farms, birds are relatively easy to observe and many species can be seen, so the coffee farmers may realize even more income through eco-tourism fees for bird watching.”

Carroll also notes that eco-­tourist visits to coffee farms provide an outreach opportunity for tourists to learn about organic coffee production and to contribute to coffee market growth. The Maquipucuna Reserve has already won two international awards for eco-tourism’s contribution to community development. By supplementing the coffee income with eco-tourism dollars, Maquipu-cuna is making yet another contribution to community development.

Biodiversity gains as well from these efforts. While deforestation rates are high in most of the tropics, forest cutting in the communities around the Reserve has dropped nearly to zero. This happened because the farmers now have better economic alternatives than cutting trees for lumber or charcoal and, because the farmers benefit from eco-tourism, the biodiversity of the forest now has more value.

UGA scientists are planning to develop similar projects in other places in Latin America. They have also initiated an organic chocolate project.