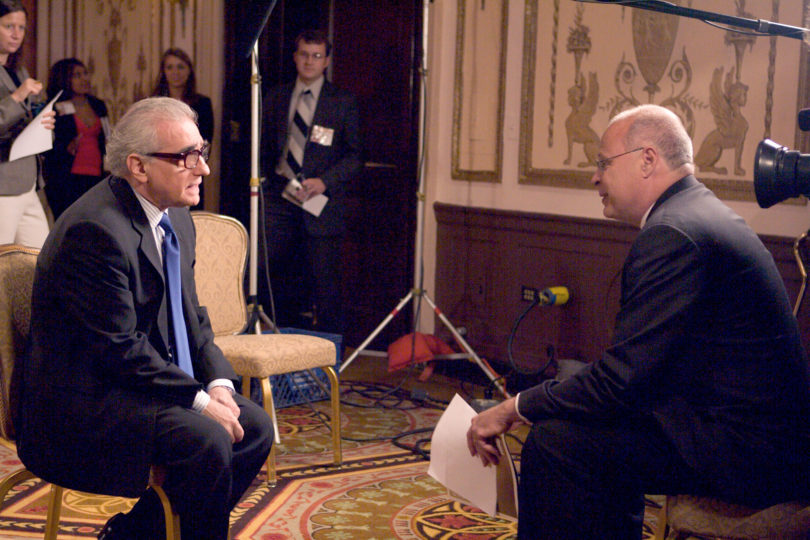 In the Waldorf-Astoria, tucked between Grand Central Station and the Chrysler Building in New York City, the University of Georgia’s 65th annual Peabody awards ceremony carved out a piece of broadcasting history on June 5.

Hailed as the highest honor in broadcasting and presented by the Grady College of Journalism and Mass Communication, the Peabodys recognize TV’s guardians of public interest and masters of entertainment, bestowing honors to programs that brought recognition of the human condition into the homes of people across the world. In a field often criticized for mindless dribble, the awards represent the pinnacle of respectability, according to comedian Jon Stewart, master of ceremonies. He asked recipients to “continue telling uncomfortable truths about the world we live in, for the rewards are vast.

“Yes, you may find yourself going up against government and corporate interests working tirelessly to distract you, perhaps even insinuating you’re a traitor. . . but fear not. At the end of the day, your good work will be rewarded. You will receive a Peabody. . . So there’s always that,” he said.

Seventeen-year-old high school student David McSwane brought an alarming issue to national relevance and the attention of Pentagon brass when he posed as a drug-addled high school dropout and went undercover to a U.S. Army recruiting office, exposing the lengths to which recruiters went in order to gain an admission. He and KCNC-TV in Denver, Colo., which aired a program about him, received an award.

Peabody-winner Radio Rookies, a New York City-based program that had high school students record brief segments about their lives, revealed the level of knowledge and interest young people have about some of the biggest issues concerning America, including race relations and alternative lifestyles.

In one segment, 19-year-old Veralyn ­Williams argues with her uncle about her status as an illegal immigrant. Her parents moved from Sierra Leone so she could have a better life, but without a green card she’s troubled about reaching her full potential in America.

“It made me feel like immigration really is something that needs to be talked about,” Williams said. “You know you have a story to tell, but I didn’t realize that people were always willing to listen, even if you’re young.”

Brian Williams collected an award for NBC Nightly News‘ Katrina reporting, saying, “After receiving the same briefing (New Orleans Mayor) Ray Nagin and others did, we got inside the dome on the eve of the storm. That seared us to the story.

“We met people who are no longer alive. Two million Americans were displaced,” he also said. “Can you name-absent the Iraq War-a larger story and its impact to America? This (award) shows us that as network news journalists we still indeed owe something to our audience and have a role in these stories.”

Smaller stations, such as WWL-TV New Orleans, also received awards for continuing to report about Katrina’s damage and the failed government response, despite being short on resources and in peril. Biloxi, Miss.-based WLOX’s crew garnered a Peabody for reports it continued to broadcast after winds peeled the roof off its studio.

Other winners plunged into the recesses of the world’s conscience, injecting human voices and emotions to broadcasts “we wish there was never a reason to make,” said Ewar Ewart. Her documentary, Children of Beslan, showed children’s accounts of a shootout in Beslan, Russia, when more than 350 people died after a group of hostage-takers made camp in an elementary school gymnasium.