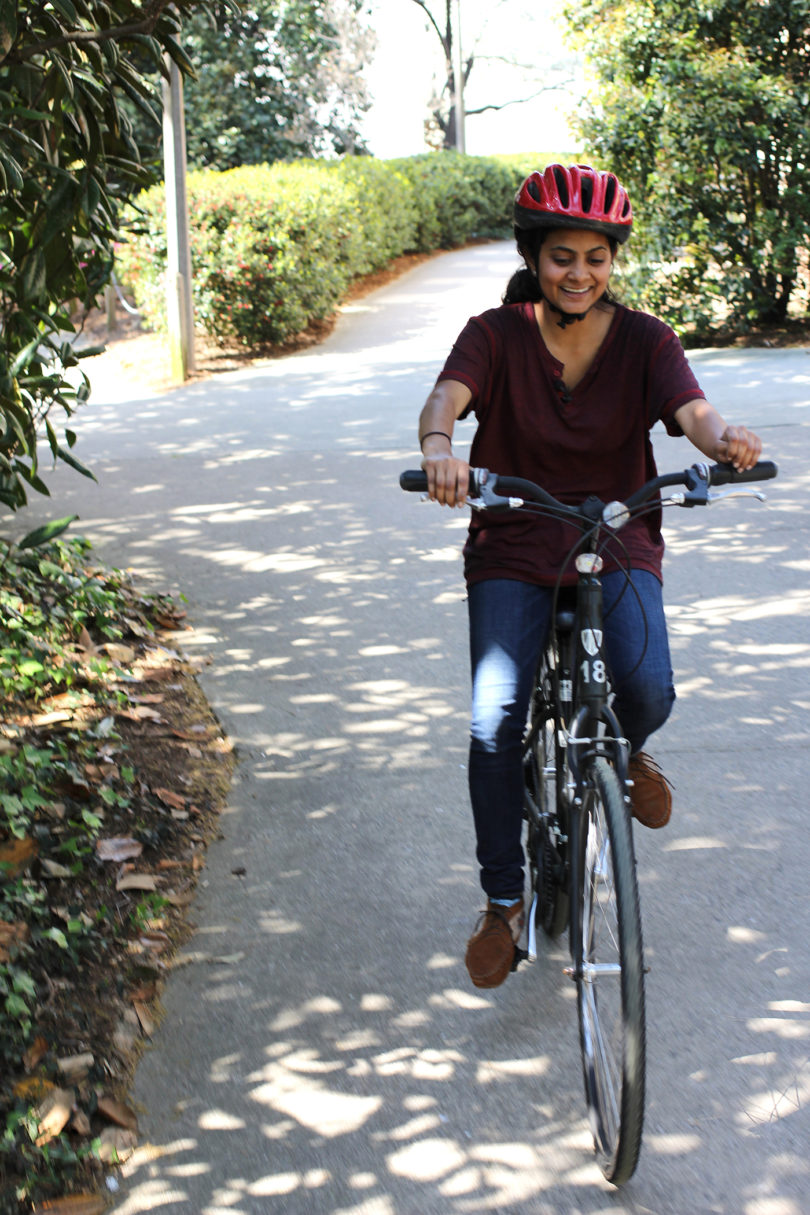 Sahana Srivatsan takes a spin around North Campus on a Bulldog Bike.

Athens, Ga. – The University of Georgia received a Bronze Bicycle Friendly University award by the League of American Bicyclists for its commitment to safe, enjoyable and convenient bicycling for students, faculty, staff and visitors.

“We’re proud of this distinction and we remain committed to creating safe, convenient bicycle infrastructure and programs at UGA,” said Kevin Kirsche, director of sustainability at UGA.

To date, UGA has over 16 miles of bike lanes, trails and shared use paths on campus; over 600 members of the UGA community participate in Bulldog Bikes bike share; and more than 20 students have received refurbished bikes through the reCYCLE bike donation program. UGA holds pop-up bike safety checks and has made improvements to campus bicycle infrastructure including the contraflow bike lane and green bike box on Sanford Drive.

“Getting here has been a real team effort over the past several years,” said Jason Perry of the UGA Office of Sustainability. “Transportation and Parking Services, the Office of University Architects, Facilities Management Division, UGA Police, Recreational Sports, and the College of Public Health-as well as community partners such as BikeAthens and the Athens-Clarke County Department of Transportation and Public Works-have all played crucial roles to improve the bicycling infrastructure and culture at UGA.”

To learn more about Bicycle Friendly University and other programs of the League of American Bicyclists, visit www.bikeleague.org/BFA.

For more information on bicycling at UGA, see http://www.sustainability.uga.edu/bike.