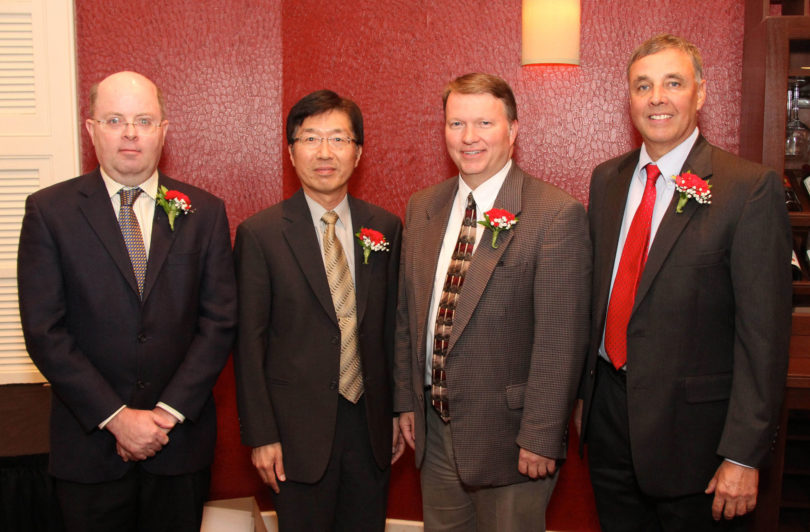 Four faculty in the College of Agricultural and Environmental Sciences were awarded the college’s highest honor Oct. 4 at the D.W. Brooks Lecture and Faculty Awards for Excellence.

The program honors Gold Kist Inc. founder the late D.W. Brooks. An alumnus of the agricultural and environmental sciences college, Brooks advised seven U.S. presidents on agriculture and trade issues. At 19, he was the youngest professor at UGA. He then became one of its oldest, still lecturing into his late 90s.

William Vencill, a professor of crop and soil sciences, received the award for excellence in teaching. Vencill teaches an introductory weed science course and a graduate course in herbicide physiology and is the crop and soil sciences department’s undergraduate coordinator. His weed science course is a required course for crop science, turfgrass management and plant protection majors.

Food scientist Yen-Con Hung received the college’s award for excellence in research. A world-renowned expert on food freezing, Hung began studying the use of electrolyzed water in 1997 for disinfecting without the use of harmful chemicals. The technology he invented allows the production of EO water at near neutral pH, eliminating many of the challenges to the safe storage and commercial use of the product.

Ronnie Barentine, Cooperative Extension coordinator in Pulaski County, received the public service Extension award. Since 1994, he has coordinated the Pulaski Extension program. He plans agricultural and natural resource programs for the county’s $65 million agriculture industry and supports family and consumer science and 4-H in the county.