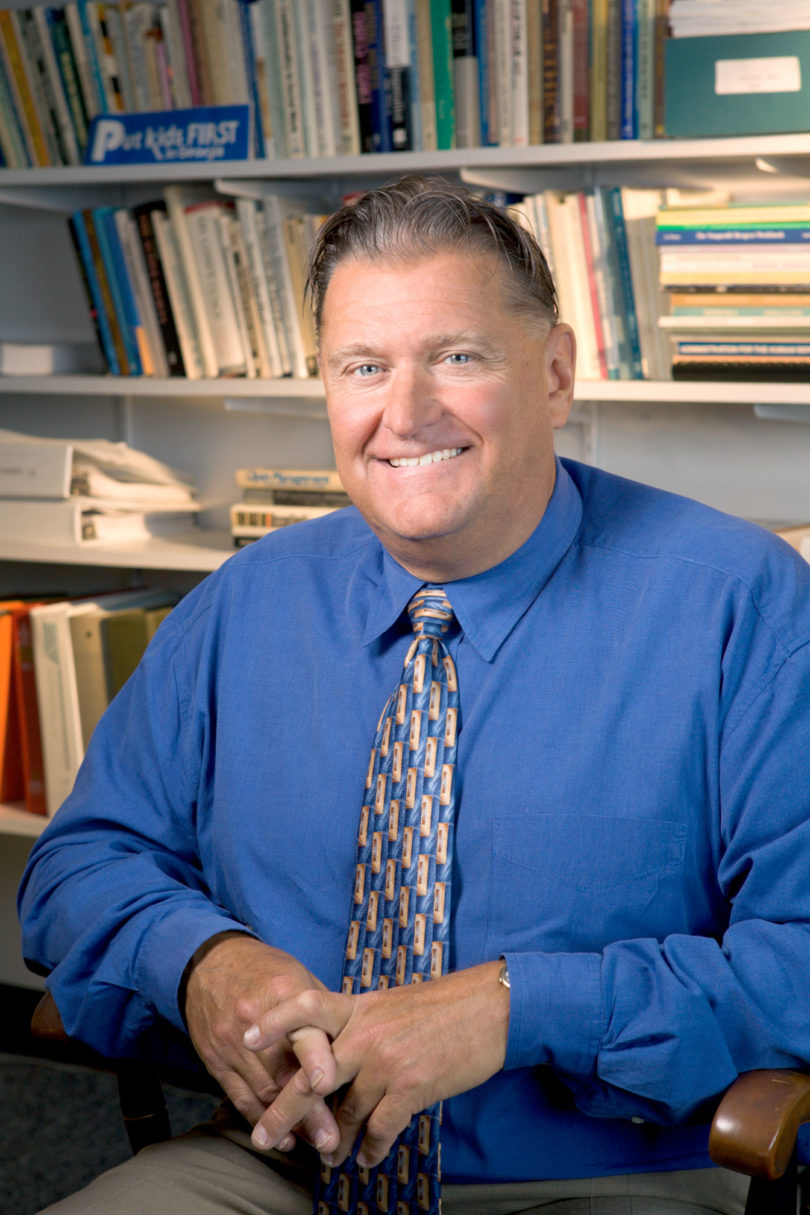 Pauline M. Berger served on the faculty of the School of Social Work from 1966 to 1976 and was the school’s first director of ­admissions. Michael ­Holosko left his native Canada in January to join the faculty at UGA as the first Pauline M. Berger Professor of Family and Child Welfare in the School of Social Work. Columns sat down with Holosko to learn more about the professorship and about him.

Columns: What is the mandate of the Berger Professorship?

Holosko: Professor Berger demonstrated a deep commitment to the area of child and family welfare through her social work practice and her academic career, as well as through her volunteer work in the community. In the inaugural chair of this professorship, the mandate is to carry on that legacy and continue to build on it.

Columns: Can you describe a project you’re working on now that fits that bill?

Holosko: One of the projects I have on the horizon is the whole notion of knowledge transfer in our profession.

It’s been well documented that those who write research in social work are academics and such research is read mainly by other academics.

The practitioners on the front lines-our fighter pilots, if you will-don’t have the time, inclination or ability to wade through studies in professional journals and, more importantly, when they do, they don’t understand them.

So I’ve been working with some groups like the evidence-based practice group of the Council on Social Work Education, and I’ve also consulted with a panel of research experts who are pushing forward standards for upgrading social work research.

This notion of knowledge transfer is one that I’m really concerned about. And what that would mean is, I would try to establish the University of Georgia as a place where knowledge could be transferred to practitioners, whereby they could just input a few key words and access studies written in plain text English to assist them in their day-to-day practice activities.

Columns: You were here at UGA in 1998 as a visiting professor, and I read that in one of your policy classes some of your class projects got national publicity. Can you tell me about that?

Holosko: The field of social policy at the graduate level has moved into policy advocacy nested in models of social justice.

And I was very concerned with promoting the social justice imperative through advocacy initiatives.

For one of the assignments, I asked students to write a letter to the editor in order to get their voices heard-getting voices heard is an important issue in social work. I had students write letters to the editor in the communities they were placed in. About a third of the class had their letters published.

It was easy for them to do because I asked them to identify where cracks existed in the system and when they examined those cracks and saw how clients fell into them, they were able to write compelling letters.

The story got picked up by the Atlanta Journal-Constitution and, in turn, by USA Today. I didn’t anticipate that a small assignment where students’ voices were heard on behalf of clients would generate so much interest.

Columns: A look at your CV shows that in addition to your extensive scholarly work, you had a radio show in Windsor, Canada, and a regular television commentary. Can you say a little bit about those shows?

Holosko: As part of community service, one of the things I’ve always had in my career was radio work. I started doing a regular weekly radio show in Windsor.

I would feature a social problem of the week. So if there was a shooting in a school or a job layoff, I would talk about those things and do some research on the subject and people would call in. That spawned the television show.

I thought with all of the issues and concerns in our community, why is no one asking a social worker about pressing social problems? So I became involved in the media to get a voice out. I was on TV for three years and radio, off and on, for about 20.

Columns: What do you see on the horizon for social work practice?

Holosko: When I look at trends in your community, I see many of the same trends as in Canada. Trend number one is there is always an increase in demand for services, and there is always a decrease in available dollars to meet that demand. I see more multi-problem and complex cases on the caseloads of social workers than ever before. I see more sexual abuse and incidents of horrific violence.

And I see the problems of our society being identified more appropriately as systemic problems of society, not solely problems of people. So if indeed there are barriers that exclude people from participation in society, those barriers are being called that.

I’m seeing a reframing in our field of understanding a more positive perception of ourselves as social workers and buying into a strengths-based perspective related to our professional empowerment and, in turn, the empowerment of our clients.