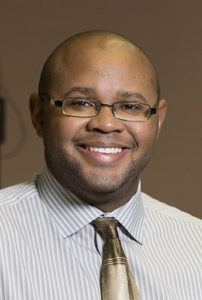 Franklin West, an associate professor in the College of Agricultural and Environmental Sciences, was quoted in How Stuff Works about frozen animal DNA.

Humans and the livestock they grow for food account for 96% of mammal biomass on Earth, which is driving wild animals into extinction. The concept of creating a repository for the genetic material of endangered species has been around for a while—projects have been cryogenically storing genetic material since the 1980s.

Cloning endangered species has proven possible—in the early 2000s, scientists successfully cloned a couple of them: an African wildcat and an Asian ox called a gaur. Cloning requires eggs from the animal, but obtaining gametes from a live animal can be extremely difficult.

“The problem with cloning is it’s highly inefficient—the process is tricky, even with animals that are well understood and described, like house cats, dogs, horses and cows,” said West, who works in the university’s Regenerative Bioscience Center. “So when you start talking about cloning endangered animal species, it gets tough because we just don’t have enough information about the animal.”