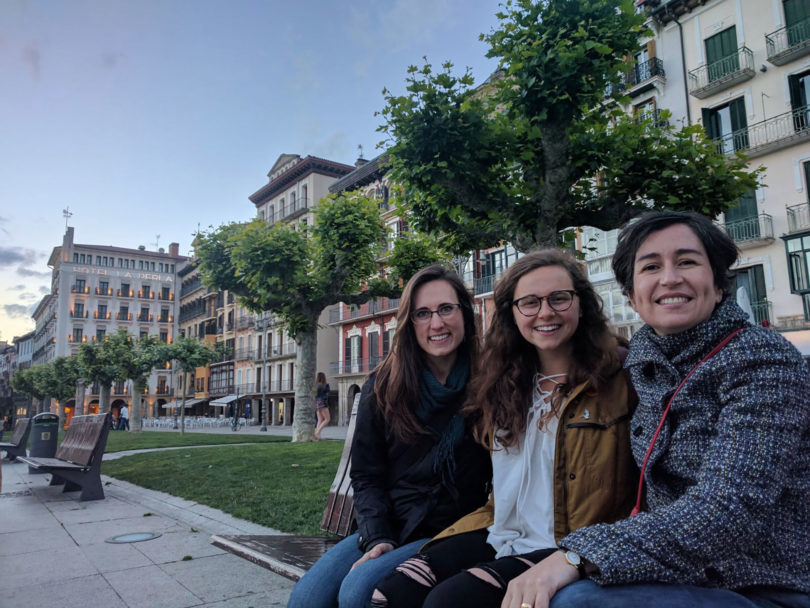 As a first-generation college graduate, Susana Ferreira understands the benefits of earning a degree. But the associate professor of agricultural and applied economics knows that studying in another country can be life changing.

“I’m a firm believer in the benefits of studying abroad, and I truly welcomed UGA’s experiential learning initiative,” said Ferreira. “Ten years from now, a student may not remember much from a course they took, but they will remember having studied abroad.”

When Ferreira was earning her bachelor’s degree, in her hometown of Pamplona, Spain, she didn’t participate in a formal study abroad program. However, she was able to spend three months in Colombia as a result of a program offered through the Spanish Agency of International Cooperation.

“That experience changed my outlook, it opened my eyes,” she said. “I loved everything about Colombia-the food, the music, the people.”

That initial experience living abroad also gave Ferreira the confidence to pursue other opportunities, including attending the University of California, San Diego, where she earned her master’s and doctoral degrees in economics.

After completing her graduate degrees, Ferreira continued her international travels, including spending five years on the faculty of the University College Dublin, Ireland, and a brief stint as a visiting professor at the University of Bethlehem in Palestine.

Ferreira was surprised, however, when she arrived at UGA in 2012 and discovered there were no semester-long student exchange programs with any universities in Spain, much less programs in Pamplona.

“The Universidad Publica de Navarra has exchanges with 300 universities in 50 countries,” said Ferreira of her hometown university’s commitment to international study programs. “I decided it would be beneficial if UGA could establish a partnership there.”

Ferreira began working on the exchange program two years ago. A faculty travel grant awarded by the UGA College of Agricultural and Environmental Sciences Office of Global Programs allowed her to spend May and June of 2016 at UPNA advancing her research and working out details for the program.

An added benefit for UGA students—besides paying UGA in-state tuition and fees that can be covered with HOPE and Zell Miller scholarships—is the availability of Erasmus-Plus funding. This scholarship program is funded by the European Union and provides $5,000 scholarships to as many as four UGA students, as well as to UPNA students who opt to study at UGA. The grant will also fund faculty and staff from the two universities to visit the partner institution to further solidify the program.

This fall, two more CAES students, Charles Orgbon and Alexandra Bull, and a third from UGA’s Franklin College of Arts and Sciences will begin a semester of study in Pamplona and four students will travel from Spain to UGA. In addition, two UPNA faculty members and a staff member who focuses on student recruitment and support for exchange programs are scheduled to visit UGA this year.