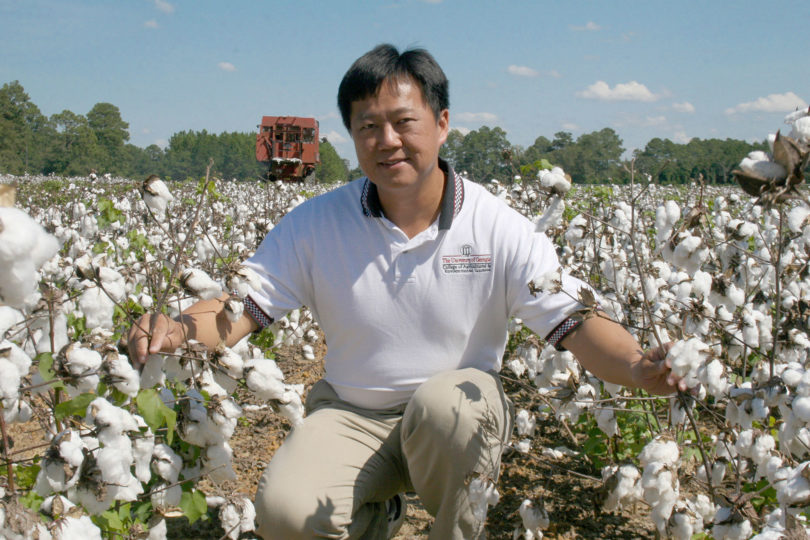 Peng-Wah Chee is a professor of crop and soil sciences in UGA’s College of Agricultural and Environmental Sciences.

Peng-Wah Chee, a professor of crop and soil sciences in the College of Agricultural and Environmental Sciences, received the 2016 Cotton Genetics Research Award during the 2017 Beltwide Cotton Improvement Conference. In recognition, Chee received a plaque and a monetary award.

One nominator, Don Jones, director of agricultural research at Cotton Inc. in Cary, N.C., said cotton producers have benefited from newly released commercial varieties resistant to root-knot nematode based on findings from Chee’s research. He said a variety that Chee developed in 2016 and licensed to one of the leading cotton seed providers is proof that “his research drives innovations in both the science and grower communities.”

Jones also noted that Chee has a stellar professional record as evidenced by 46 peer-reviewed manuscripts, four book chapters, three germplasm releases and two varieties developed. He also was part of the U.S.-led effort that published the Gossypium raimondii genome sequence in Nature, the first cotton centric paper in more than 50 years in the science journal.