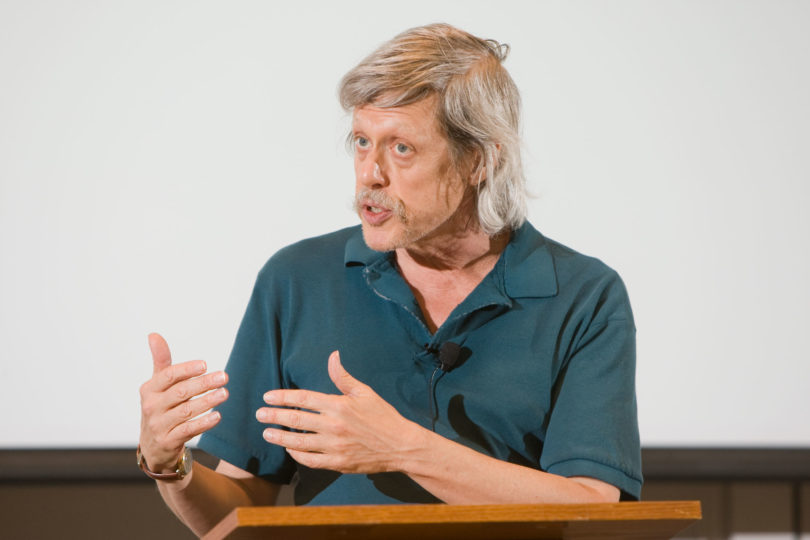 As the presidential race heads toward a Nov. 4 Election Day showdown between Republican John McCain and Democrat Barack Obama, every move the candidates make is scrutinized and studied.

Once we get to the debates, most people have already made up their minds. There are people who vote on issues, though not that many of them, and those people already know where the candidates stand. Here I’m talking about people who say, “I’m voting on abortion or the Iraq War or immigration, and I know where they stand and I don’t need to see debates.”

At the point, there are 10 percent truly undecided voters and maybe another 10 percent who are persuadable. The persuadable people may be cross-pressured: They may usually vote Republican, but are concerned about economy, or they may usually vote Democratic but are concerned about Obama’s lack of experience. So debates have potential to persuade some of those people, sometimes they do, more often they don’t.

Columns: Are the debates something that people actually judge by themselves or do they more often listen to the media pundits’ assessments?

Gurian: It’s both. But media coverage apparently has a very big effect on how people think about the debates. Let me give you an example. In 1976 there was debate between President Gerald Ford and then-Gov. Jimmy Carter. In it, President Ford made an unfortunate statement, he mangled his words and said something that sounded a little stupid. He said that there’s no Soviet domination of Eastern Europe. This was during the Cold War when the Soviets did dominate Eastern Europe. He knew this, but what he meant was he didn’t accept that and he didn’t think it was a permanent situation.

People who watched the debate were asked that night who they thought did better and they said it was a tie and both did equally well. Then there were three days of media coverage focusing on Ford’s misstatement and how he was ignorant of foreign affairs and so forth. After those three days people were asked who won the debate and overwhelmingly they said that Ford lost.

What most people see when they watch a debate is their preference is reinforced. They say, “My guy won.” Then what happens is the pundits and the news coverage begin, and they tend to focus on something, especially if a candidate makes a mistake. So whether you watch a debate or not, simply watching the news coverage and being reminded of what happened has a strong affect on your perception.

Columns: Is nonverbal communication more important than talk in debates?

Gurian: Nonverbal cues are very important. By the time you get to the debates, 80-90 percent of people know who they’re going to vote for and whatever they see and here reinforces their preference. Single issue voters already know where the candidates stand. But there is still that other 10-20 percent. Who are those people?

They are not the people who are going to get much out of detailed, substantive policy discussion. They look for other things, asking themselves questions like, “Can I trust this guy? Is he reliable?” They’re looking for cues on a person’s character. The way the candidates speak and the way they move matters.

You’re more likely to see those things in a town hall debate. The candidates are more likely to interrupt each other, make hand gestures, walk up and engage with the audience. They’ll even confront each other physically, walking up and pointing a finger or that type of thing. And people react to that. They’ll say “I don’t like people who do that or who act that way.”