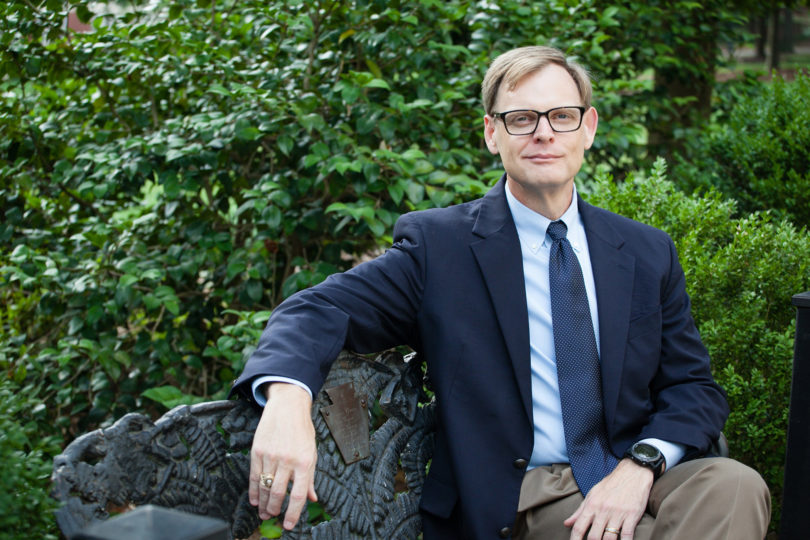 Access to all major systems at UGA soon will require the use of ArchPass Duo, according to Vice President for Information Technology Timothy M. Chester.

“Two-factor authentication is something that I envision rolling out for all systems for all students and employees in the next 18 months,” Chester said during his annual State of Technology address on Nov. 18.

“There’s a simple reason for that. Every time hackers in Russia, Korea or Asia get their hands on a MyID and password, the first thing they do is remote VPN into our campus systems and start looking around,” Chester said. “We need to prevent them from accessing our network, and two-factor authentication is going to help us do that.”

Chester also addressed technology milestones and goals in other areas, including:

• Continued growth in UGA’s internet usage and the number of wireless devices on campus. The university’s internet usage has increased from 1.36 gigabytes in September 2011 to 6.72 gigabytes in November 2016. The number of wireless devices on the university’s wireless network has also increased, from 6,500 in September 2011 to 73,600 in November 2016. Over the past year, most of the university’s residence halls have received wireless upgrades. There are plans for 2017-2018 to replace all the legacy wireless access points across campus.

• A four-year initiative, UGA’s OneSource Project, to replace the finance, human resources and payroll systems with a new system, powered by PeopleSoft. PeopleSoft applications for finance will be deployed at the university level; UGA will join the University System of Georgia for a shared system for payroll and HR functions.

• The implementation of a new data management website (see Cybersights) to provide a single online source for campus data and information sources as well as more efforts to improve data access for executives and UGA leaders. There are plans for an improved advising platform to help increase engagement between students and their advisors, as well as more tools to help advisors identify and support students before problems develop.