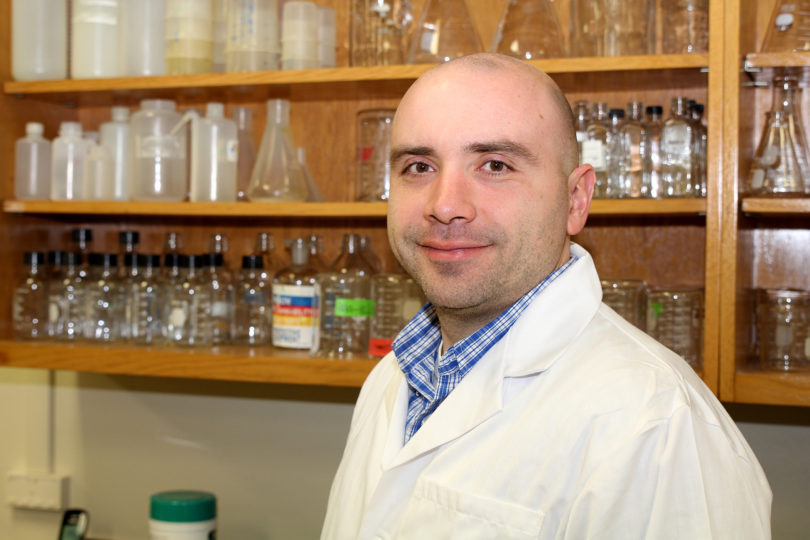 By identifying the specific genes that influence the cell’s ability to fight free radicals—the reactive molecules strongly linked with a variety of chronic diseases—researchers say the findings can be a starting point for future studies aimed at the origin of chronic illnesses such as cardiovascular disease and diabetes, for example.

“We can learn a lot about diseases if we know our risk factors for them,” said Robert Pazdro, an assistant professor in the college’s department of foods and nutrition. “Once we know the genes responsible, we can manipulate these genes in a way to prevent or slow disease.”

“What we discovered is they’re different genes,” Pazdro said. “That’s what really makes this interesting because the subtle variation you have in your DNA can maybe make you more resistant to liver disease, whereas the variation I have can make me more resistant to kidney disease.”

Pazdro’s initial work began at the Jackson Laboratory, a Maine-based genetics research lab, and was funded there by a National Institutes of Health post-doctoral grant. He continued his work in the field upon joining UGA’s department of foods and nutrition in 2013.

Pazdro noted this is the first time the genes that regulate glutathione concentration in tissues have been mapped.

“What this does is it guides future efforts to say which genes we should be looking at,” Pazdro said.

The findings are available online at http://www.sciencedirect.com/science/article/pii/S089158491400104X and will be published in an upcoming print issue of Free Radical Biology & Medicine.