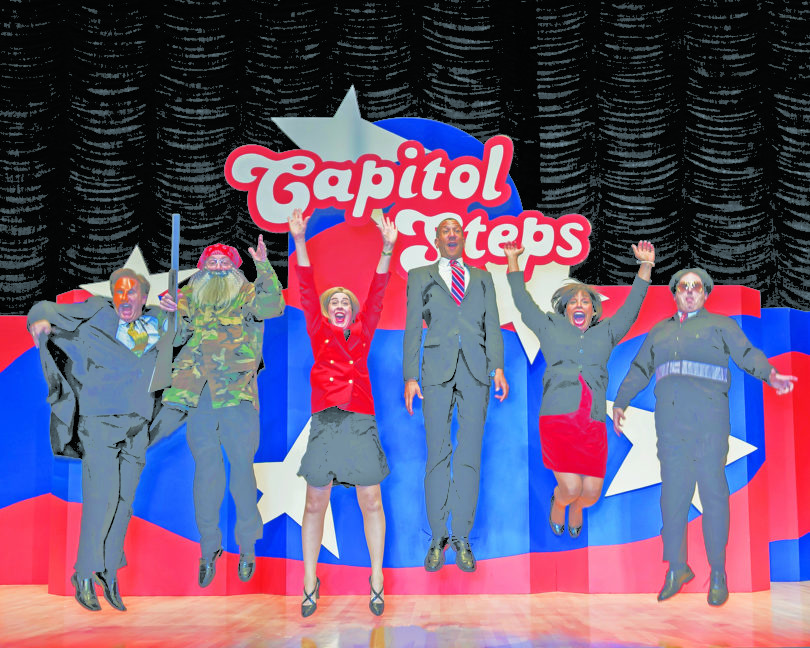 Tickets are $47 to $52 and can be purchased at the Performing Arts Center, online at pac.uga.edu or by calling the box office at 706-542-4400. UGA students can purchase tickets for $6 with a valid UGA ID, limit one ticket per student.

The Capitol Steps began in 1981 when staff members for Sen. Charles Percy were planning entertainment for a Christmas party. Digging into the headlines of the day, they created skits and song parodies that conveyed a special brand of political humor.

Since that time the Capitol Steps have recorded 35 albums including their latest, What to Expect When You’re Electing. They’ve been featured on Good Morning America, the Today Show, 20/20, Entertainment Tonight, CNN’s Inside Politics, and they can be heard twice a year on their Politics Takes a Holiday specials on National Public Radio.

Many of the performers have worked on Capitol Hill, some for Republicans, some for Democrats, and some for members who sit firmly on the fence.

The Capitol Steps performance was originally scheduled for 8 p.m. but was moved to 7 p.m. due to the presidential debate. Patrons are invited to stay after the show to watch the debate, which will be televised in Ramsey Concert Hall.