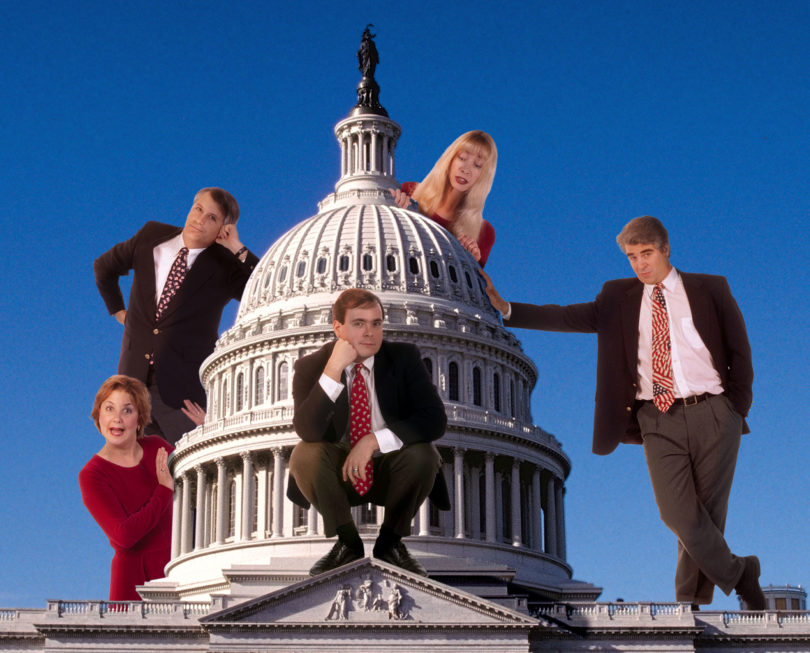 The Capitol Steps will perform at UGA on Feb. 10

This election year, the Performing Arts Center will present political satirists, the Capitol Steps, Feb. 10 at 8 p.m. in Hodgson Concert Hall. Tickets are $39 with discounts available for UGA students.

Proudly calling themselves “equal opportunity offenders,” the Capitol Steps will poke fun at candidates on both sides of the political aisle.

Thirty years ago, the Capitol Steps began as a group of Senate staffers who set out to satirize the very people and places that employed them. Since then, the Steps have recorded more than 30 albums, including their latest, Desperate Housemembers, and their special holiday release, Barackin’ Around the Christmas Tree.

Most cast members have worked on Capitol Hill, some for Democrats, some for Republicans.

Although the Capitol Steps are based in Washington, D.C., most of their shows are performed on tour around the country for audiences ranging from trade associations to high schoolers to state legislators. The Steps have performed for the last five presidents, and the only complaints the Steps have received are from politicians and personalities who are not included in the program.

The material used for the musical satire is updated constantly. Current examples include a song inspired by the Tea Party, “Fun Fun Fun ’til Obama Takes Our Tea Bags Away,” and the Democrats’ plan to defeat the deficit, “Return to Spenders.”