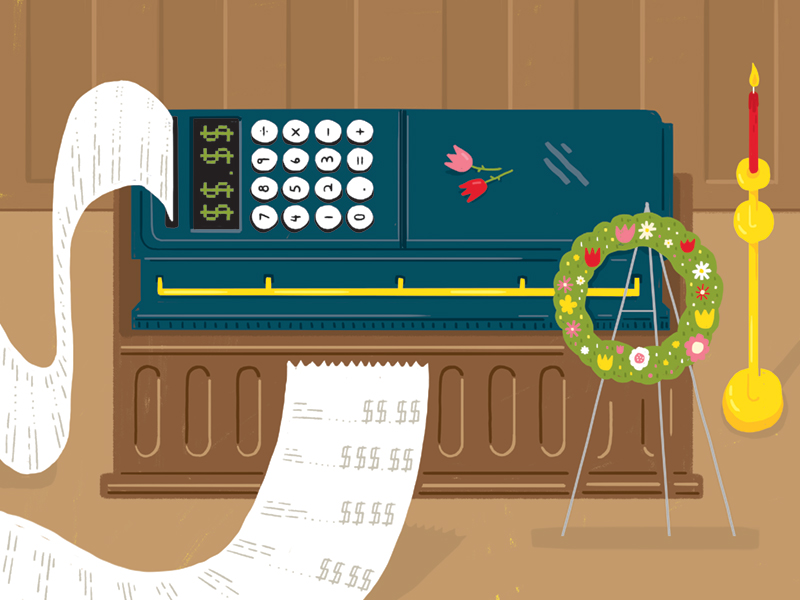 Marketing study looks at the consumer psychology of spending on funerals

It’s a subject that makes us uneasy — not to be discussed in polite company — but that discomfort doesn’t change the fact that funerals are big business in the United States.

The average funeral costs $7,200. Despite the size of the expenditure, very little research has delved into why people spend what they do.

University of Georgia marketing professor Sarah Whitley decided to look at the consumer psychology of funeral expenditures empirically to understand what motivates the spending decisions associated with funeral planning.

Whitley’s research found that the spending on funerals was driven by a need to care for a deceased loved one and the surviving family. And it revealed a stark contrast with people who preplanned their funerals. The self-planners spent substantially less on average than those who were planning a funeral for someone else.

“What we learned is that when people are planning a funeral, their main motivation is providing care for their loved ones,” said Whitley, an assistant professor of marketing at the Terry College of Business. “But when you’re caring for someone who has already died you don’t really have this notion of caring for their material well-being. You’re caring for their memory or their legacy instead.”

Whitley studies consumers’ emotional ties to their spending habits, especially pro-social spending like donating to charities or purchasing products that support causes. Her paper “Relational Spending in Funerals: Caring for Others Loved and Lost,” fills in one of the gaps around the business of funerals in the United States. It was published in the Journal of Consumer Psychology in March.

Whitley analyzed 358 funeral contracts from between 2012 and 2014. Those contracts showed the sharp divide between what people wanted to spend on their own funeral versus what they were willing to spend on the funeral of a loved one. Expenditures increased by almost $1,000 when the planning was for someone else’s funeral.

She also conducted long-form interviews with individuals who planned funerals in recent years and collected survey research to understand the motivations behind funeral planning.

“We wanted to take a deeper dive into what’s really driving this difference in the amount of spending,” she said. “Is it just that, ‘I want to spend more on this specific person for some reason, or is it something about the role of the funeral planner itself? The qualitative interviews helped us to get at what is driving this spending and decision making.”

Desire to honor a legacy

No matter who the planner was — bereaved wife, husband, daughter, son — they all reported the same sense of wanting to extend care for the memory and legacy of their loved ones, plan a funeral that would have been meaningful to them, and offer closure to friends and family members.

In marketing research, this type of spending on a loved one or family member is called relational spending. But funeral planning is a unique case because it does not provide a material benefit to the deceased, unlike other types of relational spending, Whitley said.

Whitley had expected to see some people motivated to spend to uphold a family’s reputation by providing a more lavish funeral but that wasn’t the case, she said.

“People didn’t tend to overspend to be ostentatious,” she said. “Instead they wanted to provide a funeral that was a little bit nicer than the middle of the road. The spending was driven more by a sense of duty and it being the right thing to do, as opposed to, ‘I want people to see the great things I’m doing for my family member who just passed.”

Wanting to shield loved ones

Caring also motivated the people who preplanned their own funerals by minimizing their costs. Most people who had preplanned their funerals had planned a funeral for a family member in the past and wanted to shield their loved ones from the cognitive and emotional experience they had endured. Plus, spending less on their own funeral meant that more of their estate would end up going to support their surviving family members, providing a way for them to care for their family after death.

Whether it’s a large, formal funeral or something simple, the effort and expense expended by the planners is an act of caring for their loved ones. Whitley said those who market funeral services need to understand that motivation if they want to continue to meet their clients’ needs.