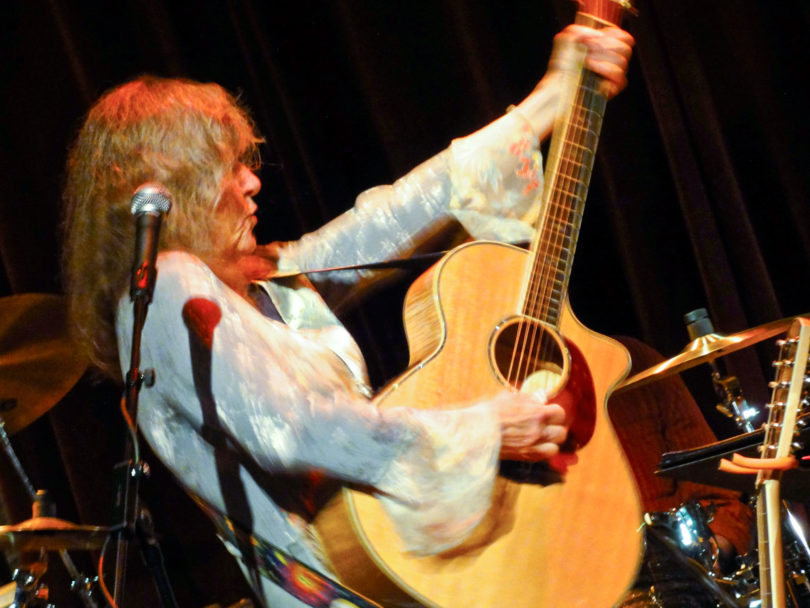 Caroline Aiken will perform July 9 at 7 p.m. in the second Sunflower Concert at the State Botanical Garden.

Aiken, who earned a Grammy nomination for best contemporary folk CD in 2006, has toured with the Indigo Girls and Bonnie Raitt, and released eight albums. Aiken’s career started on the coast of Georgia, and since 1986, her base has been Atlanta, where she has received numerous accolades. She has performed thousands of shows in her 40-plus years of touring at home and abroad.

The Hobohemians will perform before Aiken.

Bring a blanket and picnic-or purchase dinner from Donderos’ Kitchen in the Visitor Center-kick off your shoes and enjoy an evening in the garden with friends or family. Lawn chairs are only allowed for those with physical limitations. In case of inclement weather, the concert will be held inside the Visitor Center and Conservatory.

The remaining concerts in the series include performances by Grogus on Aug. 20 and Arvin Scott on Sept. 17.

More information and tickets are available at botgarden.uga.edu or by calling 706-542-6014.