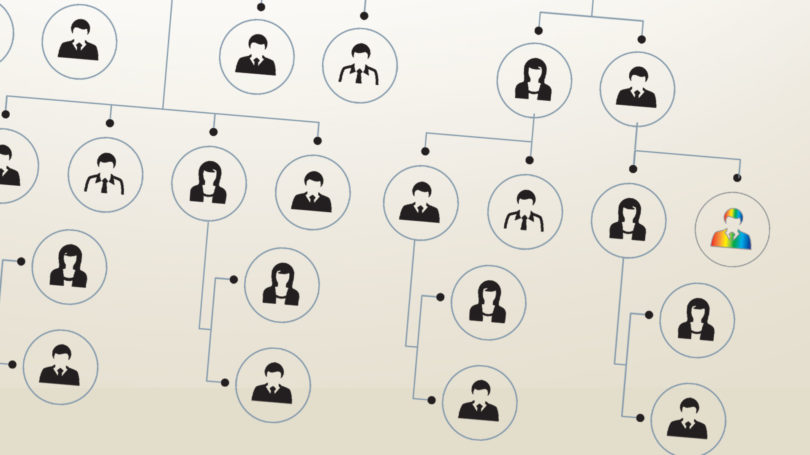 UGA study looks at the impact of sexual orientation disclosure at work for same-sex couples.

People in same-sex relationships can face considerable angst when deciding whether to disclose their sexual orientation at work, and that anxiety can affect their home life as well, according to a new University of Georgia study.

The study, “Bringing home what I’m hiding at work: The impact of sexual orientation disclosure at work for same-sex couples,” was published in the Journal of Vocational Behavior as part of a special issue on LGBT issues in the workplace.

“Hiding your sexual orientation can be thought of as a demand of the job, in that you’re having to hide it and devise strategies, from using different pronouns, not mentioning your spouse, or not including your spouse in work-related parties or other functions,” said Rachel Williamson, doctoral candidate in industrial-organizational psychology and first author on the article.

The research team collected responses from 89 couples at two time periods to describe the work-family conflict. The stressors for employees, their partners and the partners’ workplace is a dynamic described as spillover/crossover effects.

“The efforts required to hide sexual orientation from a supervisor impact the partner’s family satisfaction,” said Williamson. “The partner being less satisfied at home explains why the partner is in turn experiencing this family interference with their work.”

Both men and women positively benefited when they disclosed their sexual orientation at work. But when there was low disclosure, men experienced more negative consequences. — assistant professor Malissa Clark

The research team examined disclosure differently than previous studies, which have been based on binary assumptions that employees were open about their sexuality or not, and that the openness extended to everyone in the workplace in equal measure, supervisors and co-workers alike.

“And that’s not how it actually works in the real world, it’s not like you just send a memo. We looked at disclosure in regard to how ‘out’ they are to their supervisor and to their co-workers, so two distinct constructs. We also use a seven-point scale ranging from ‘definitely does not know’ to ‘definitely knows and it’s openly talked about,'” Williamson said.

“There are many reasons an employee may hide these details about their lives from their co-workers or supervisor, as well as decide who they disclose to and why, all of which are sources of stress,” said Malissa Clark, assistant professor of psychology and study co-author.

The study also revealed that effects vary by gender, including significant spillover effects in which men suffer greater negative consequences from hiding their sexuality than women.

“Reassuringly, both men and women positively benefited when they disclosed their sexual orientation at work. But when there was low disclosure, men experienced more negative consequences,” Clark said.

The researchers collected data from couples in same-sex relationships recruited using a variety of social media, as well as connecting with LGBT organizations nationwide. The study points to new benchmarks for further research on regressive dynamics in the workplace.

“Bringing home strain from one domain creates crossover when the strain experienced by the first person negatively affects one’s partner. We found that when individuals hide their sexuality at work, this in turn creates additional tension for their partner,” Clark said.

“Our results show why it’s important that organizations foster an open culture and allow people of sexual minority status to feel comfortable disclosing their sexual orientation, that it helps not only their own well-being but that it impacts their partner,” Williamson said.