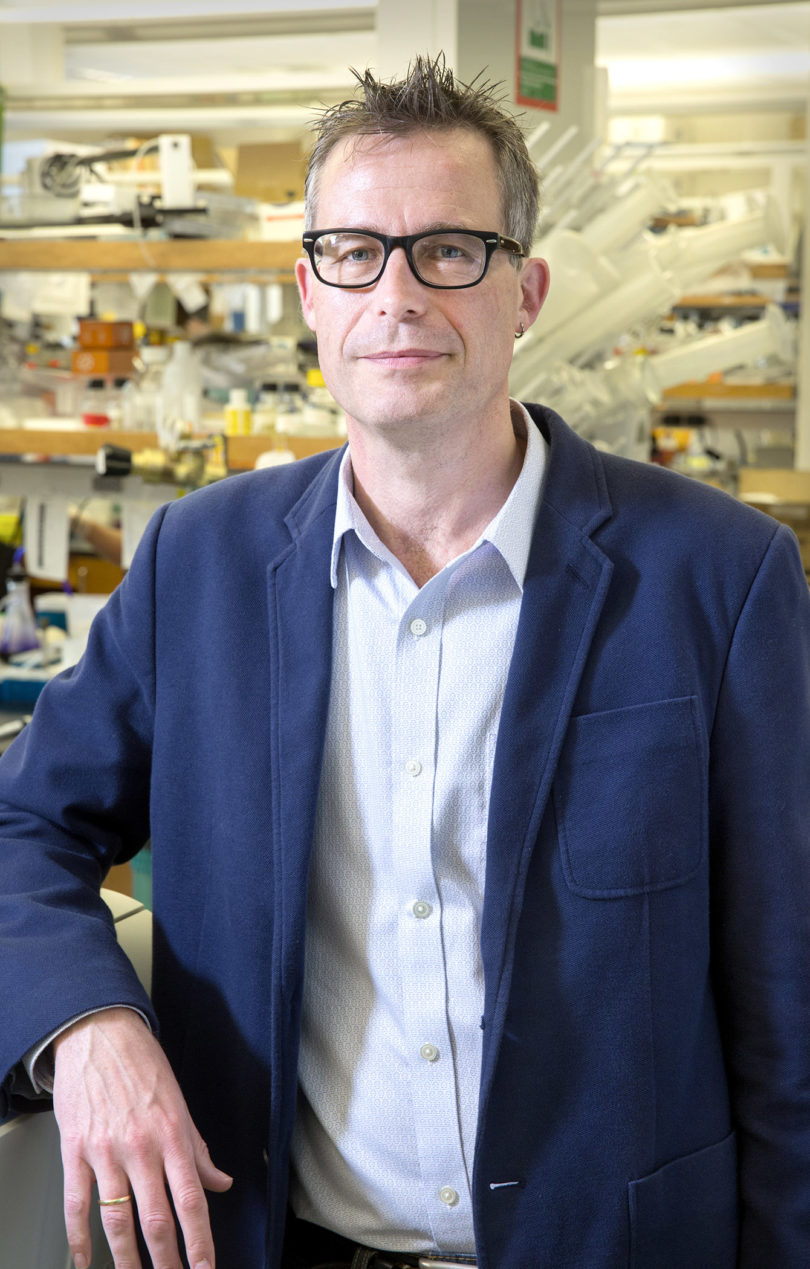 UGA researchers have developed new tools to study and genetically manipulate cryptosporidium, a microscopic parasite that causes the diarrheal disease cryptosporidiosis. Their discoveries, published in the journal Nature, ultimately will help researchers in academia and industry find new treatments and vaccines for cryptosporidium, which is a major cause of disease and death in children younger than 2 years old.

Crypto, as researchers often call it, most commonly is spread through tainted drinking or recreational water. When a person drinks contaminated water, parasites emerge from spores and invade the lining of the small intestine, causing severe diarrhea. In 1993, more than 400,000 people living in the Milwaukee area were infected with crypto when one of the city’s water treatment systems malfunctioned.

The parasite is especially problematic in areas with limited resources, and recent global studies have shown crypto to be one of the most important causes of life-threatening diarrhea in infants and toddlers. There is currently no vaccine and only one drug—nitazoxanide-—pproved by the U.S. Food and Drug Administration for cryptosporidiosis, but it provides no benefit for those in gravest danger: malnourished children and immunocompromised patients.

“One of the biggest obstacles with crypto is that it is very difficult to study in the lab, and that has made scientists and funders shy away from studying the parasite,” said Boris Striepen, co-author of the paper and a Distinguished Research Professor of Cellular Biology in UGA’s Franklin College of Arts and Sciences. “We think that the techniques reported in this paper will open the doors for discovery in crypto research, and that will, in turn, lead to new and urgently needed therapeutics.”

One of their techniques involves manipulating crypto so that it emits light, making it much easier to detect. Previously, researchers would have to examine samples under a microscope and count crypto spores one by one, which is both time-consuming and inaccurate.

Now, by simply measuring light, researchers may test thousands of drug candidates simultaneously to see if they have the ability to inhibit crypto growth.

“There are enormous libraries of chemicals available now, and some of these chemicals may work as a treatment for crypto, and this technology will help us find them much more rapidly,” said Striepen, who is also a member of UGA’s Center for Tropical and Emerging Global Diseases.

The team also developed a way to genetically modify the parasite using a technique called CRISPR/Cas9, which allows scientists to make very precise changes to an organism’s genome and observe the effects. By knocking out specific crypto genes, researchers can test their importance for the parasite and make predictions on their potential value as a drug target.

Epidemiological studies have demonstrated that children develop immunity to crypto as they get older, but the mechanisms that provide that immunity are poorly understood. The genetic techniques developed in Striepen’s lab will help identify the foundation of natural immunity, opening the possibility for vaccine development. They also may help to develop weakened parasite strains that can no longer cause disease but still induce lasting immunity.

“Drug treatments are important, but finding a way to prevent the disease in the first place would be the most effective way to deal with an early childhood disease,” said Sumiti Vinayak, lead author of the paper and an assistant research scientist in Striepen’s lab.

The team also developed new methods to study the disease in mice. Mouse tests are an important precursor to human drug and vaccine trials, and the ability to study crypto in a living organism will speed discovery and therapeutic development.

“Now that we have overcome these initial hurdles, we have a great opportunity to move forward much faster,” Striepen said. “There is need, there is opportunity and now there is technical ability, so I think we may have reached a turning point in the fight against this important disease.”