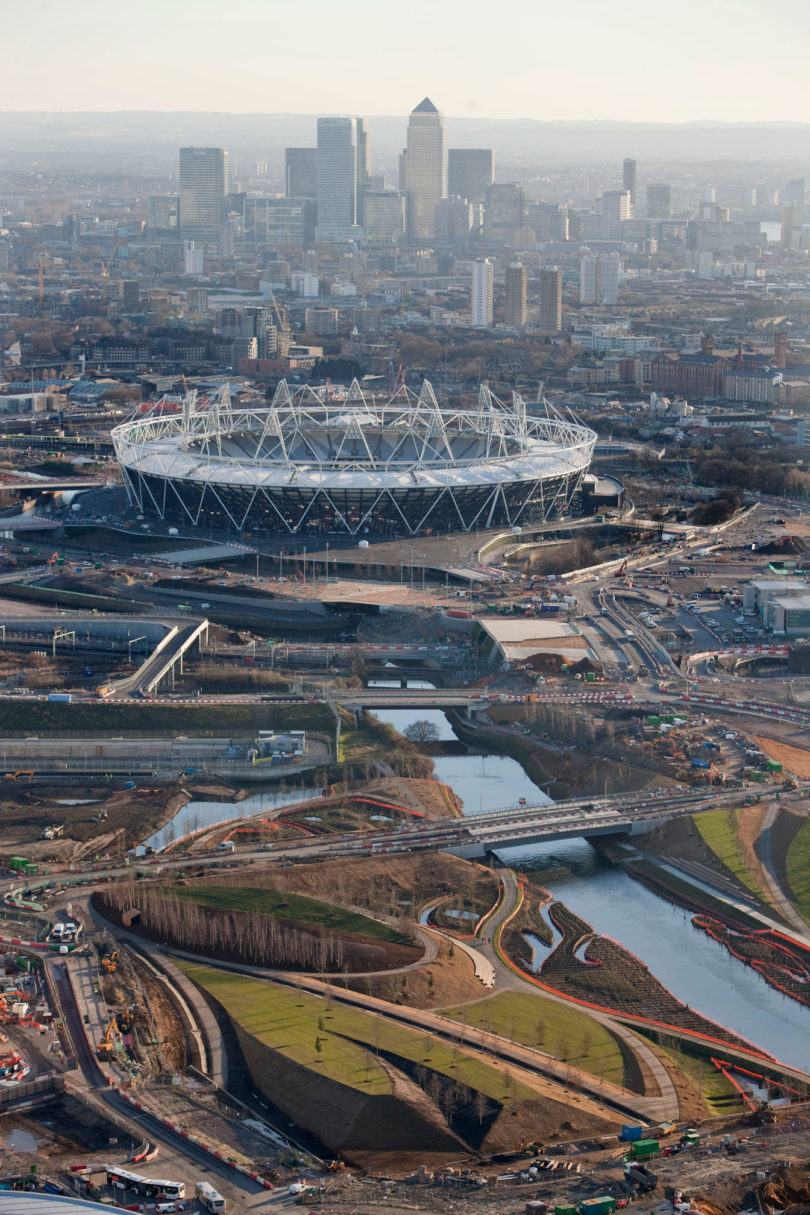 The engineering company CH2M Hill was responsible for the design and construction of the Olympic venue for the 2012 Olympic Games. Michael A. Szomjassy

Athens, Ga. – Michael A. Szomjassy, president of the Energy, Water and Facilities division and member of the board of directors of CH2M HILL, will address “London 2012: Extreme Engineering-A Challenge of Olympic Proportions” Wednesday, Jan. 22, at 5 p.m. at the University of Georgia College of Engineering.

Sponsored by the UGA student chapter of the American Society of Civil Engineers, the program will be held in the auditorium of the Driftmier Engineering Center, 597 D.W. Brooks Drive on campus. The event is free and open to the public. Refreshments, sponsored by CH2M HILL, will be served prior to the presentation.

Szomjassy, who also serves as chairman of the College of Engineering Advisory Board, will focus his presentation on the challenges he and his company faced in designing and constructing world class facilities for the London games-both for sporting and legacy. Some of these issues included a global recession; creating and engineering a complex, sustainable environment on a logistically difficult site; and adhering to strict levels of security.

Szomjassy’s visit to UGA has current relevance. The 2014 Winter Olympic Games will be held in Sochi, Russia, Feb. 7-22, just over two weeks from his presentation at the College of Engineering.

Szomjassy will elaborate on the specifics of some of the obstacles he and his company experienced during the design and development of the Olympic venue in London. A rigid schedule required the games begin on July 27, 2012, with no delay. In addition, the budget of approximately $15 billion could not be exceeded under a decree from the United Kingdom. Further, the London Organizing Committee pledged the games would be the greenest ones in its history. Finally, the Olympic Park was placed in one of the most congested and blighted areas of the U.K.; a city capable of housing 17,000 people had to be built, complete with infrastructure and housing, along with nine major venues, all with the capacity to expand to a daily surge of 600,000 visitors.

In his role at CH2M HILL, which is an international environmental and engineering consulting firm, Szomjassy is responsible for the energy and chemicals, industrial and advanced technology, operations and maintenance, power, and water business groups. His division also serves as the nexus of energy-water-carbon solutions to address emerging market needs.

Most recently, he served as president of the Environmental Services Business Group, leading and managing the firm’s environmental services business worldwide. Prior to that assignment, he served for three years as the deputy program director for the CLM Delivery Partner, a joint venture providing program management to the Olympic Delivery Authority for the London 2012 Olympic and Paralympic Games.

Szomjassy’s other work experience includes president of Williams Environmental Services Inc., which specialized in environmental remediation; vice president of Insituform Technologies, the largest U.S. supplier and installer of cured-in-place sewer and water piping; chief operating officer of Aqua Alliance, the U.S. arm of Vivendi’s water business; and executive vice president of OHM Corp., at the time the largest environmental contractor in the U.S. He received his bachelor’s degree in civil engineering from the University of Notre Dame and attended Jacksonville University toward an executive MBA.

“The American Society of Civil Engineers is a professional society composed of practicing and aspiring civil engineers whose main purpose is to provide a community of professional interconnection, continuing education and lifelong resources,” said Scott H. Smith, president of UGA’s ASCE chapter. “In its first year of existence at UGA, the ASCE student chapter has already established itself as a strong, student-run organization, with a high level of membership and activity in one of the fastest growing programs in our college.”

He added, “We are thrilled that an executive of Mr. Szomjassy’s caliber is willing to dedicate his time and share his expertise with our students and faculty, as well as with other guests who are interested in participating. We invite and encourage everyone to attend his free lecture.”