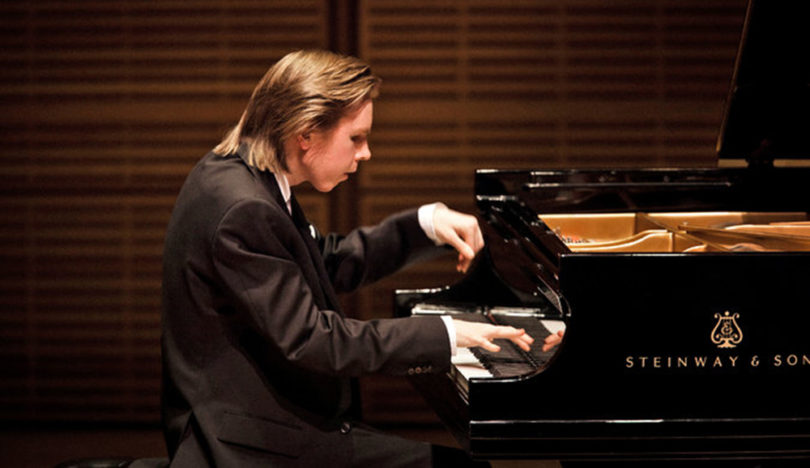 Juho Pohjonen will play the piano with the Chamber Music Society of Lincoln Center for its Feb. 25 performance.

The UGA Performing Arts Center will present the Chamber Music Society of Lincoln Center Feb. 25 at 3 p.m. in Hodgson Concert Hall. The program, “From Vienna to Hollywood,” will showcase the music of Franz Schubert and Erich Wolfgang Korngold.

Vienna has arguably produced more great music than any other city in the world, but Hollywood’s movie industry has also generated a high level of creative composing. The Chamber Music Society will perform two Fantasies by Schubert from Vienna, followed by the “Suite for Piano Left Hand, Two Violins and Cello” by Hollywood’s Korngold.

The Chamber Music Society of Lincoln Center is the nation’s premier repertory company for chamber music with a rotating roster of award-winning instrumentalists. The musicians performing on the Feb. 25 program will be pianists Juho Pohjonen and Wu Qian, violinists Sean Lee and Danbi Um and cellist Mihai Marica.

Tickets for the concert are $42 and can be purchased at the Performing Arts Center box office, online at pac.uga.edu or by calling 706-542-4400. UGA students can purchase tickets for $6 with a valid UGA ID, limit one ticket per student.

The concert will be recorded for broadcast on American Public Media’s Performance Today, the most popular classical music program in the country.

A pre-concert lecture will be given by the Chamber Music Society’s Patrick Castillo. The lecture begins at 2:15 p.m. in Ramsey Concert Hall in the Performing Arts Center.

The performance underwriter is the Trashy Book Club of Athens.