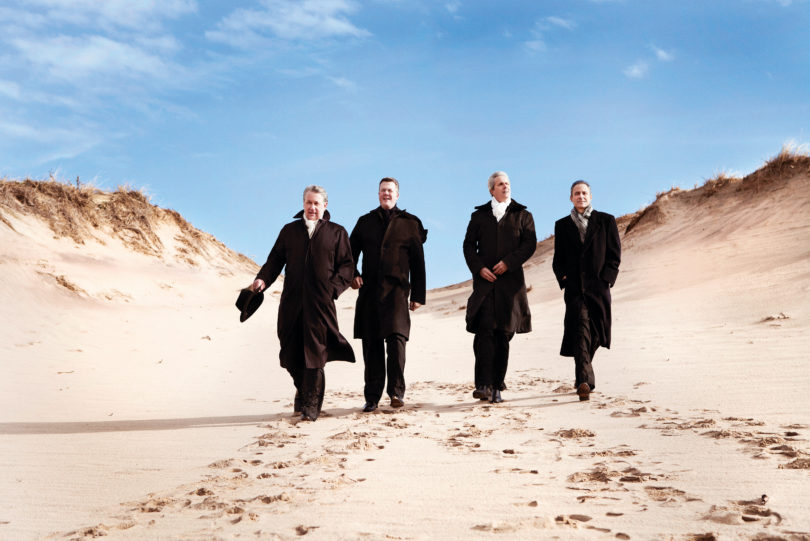 UGA Presents is bringing the Chamber Music Society of Lincoln Center back to Athens Oct. 22 for a 7:30 p.m. performance in Hodgson Concert Hall. The concert will feature the Emerson String Quartet and pianist Shai Wosner performing Mozart’s “Quartet in E-flat Major for Piano, Violin, Viola and Cello” and William Bolcom’s “Quintet No. 1 for Piano, Two Violins, Viola and Cello.” The program concludes with Dvořák’s final quartet, the “Quartet in G Major for Strings.”

The Emerson String Quartet has maintained its stature as one of the world’s premier chamber music ensembles for more than four decades. The quartet’s extensive discography of over 30 recordings has been honored with nine Grammy Awards, including two for Best Classical Album, and three Gramophone Awards. Formed in 1976 and based in New York City, the quartet takes its name from the American poet and philosopher Ralph Waldo Emerson.

Shai Wosner was born in Israel and studied piano at the Juilliard School with Emanuel Ax. He is a recipient of Lincoln Center’s Martin E. Segal Award and an Avery Fisher Career Grant. Wosner has appeared with leading orchestras around the world including the Chicago, Cleveland, Los Angeles, San Francisco, Barcelona, Bournemouth, Frankfurt Radio and Gothenburg symphonies and the Staatskapelle Berlin and Vienna Philharmonic.

The Athens concert will be recorded for broadcast on American Public Media’s “Performance Today,” the most popular classical music program in the U.S.

A pre-performance talk will be given by the Chamber Music Society of Lincoln Center’s Patrick Castillo. The talk begins at 6:45 p.m. in Ramsey Concert Hall.

Tickets for the concert start at $35 and can be purchased at the Performing Arts Center box office, online at pac.uga.edu or by calling 706-542-4400. A limited number of discounted tickets are available to current UGA students for $6 to $10 with a valid UGA ID (limit one ticket per student).