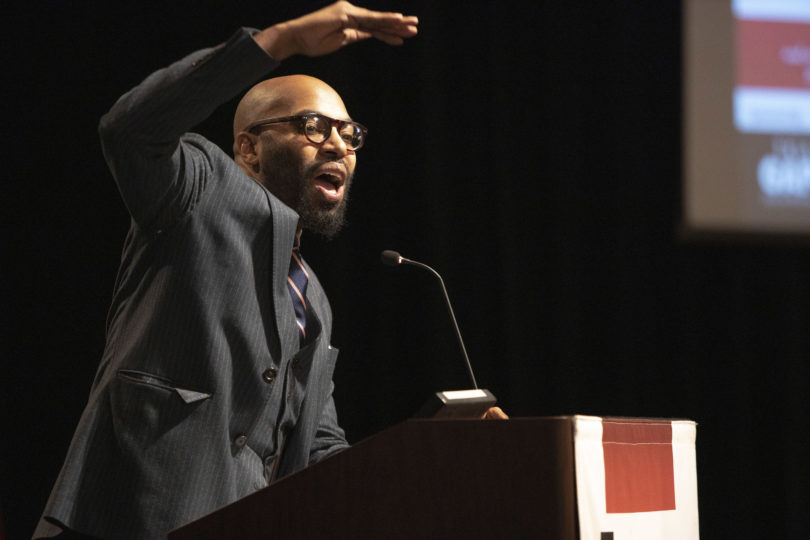 Mary Frances Early may be known as a quiet trailblazer, but that was not Christopher Emdin’s first impression of her.

“It is in every narrative I’ve heard thus far, and in every description thus far, of her graceful revolutionary status, of her quiet movement-building—this idea of this demure person who shifted culture,” said Emdin, New York Times best-selling author and creator of the #HipHopEd social media movement. “But if you talk to her for five minutes, you realize that’s not true. The authentic-lived reality is one who is loud and unapologetic about speaking to and for those who are like her.”

Emdin, who is associate professor in the mathematics, science and technology department in Teachers College at Columbia University and director of the science education program and associate director of Columbia’s Institute for Urban and Minority Education, delivered this year’s Mary Frances Early Lecture on March 26.

“The documentary written about me is called “The Quiet Trailblazer,” but some people have found that I’m not always quiet,” she told the audience. “I am when I need to be, and I speak up … when it’s time to speak up. And one must learn when to do each.” 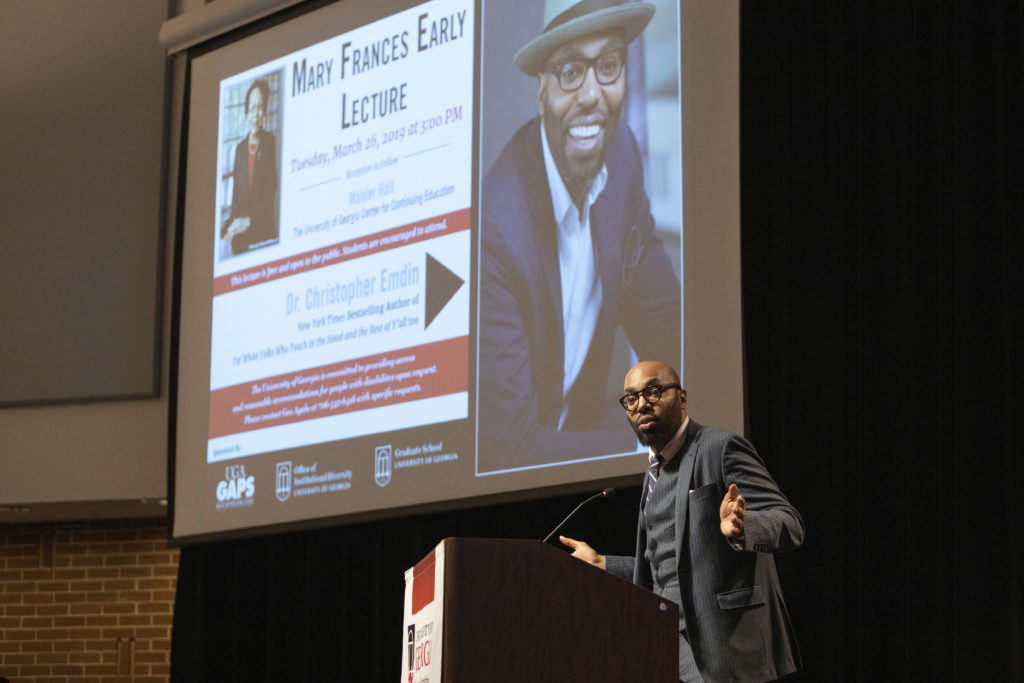 Emdin shared that students today can still find lessons in Early’s experiences and build a better future by learning from the past.

In order to help students today understand those lessons, Emdin said it is crucial to meet them where they are and engage with them and create conversation about what changes are needed.

“The things you will hear will rattle against your norms,” he said. “You cannot have a system of education where the theories and philosophies that guide that education were constructed in an era when the young people who we need to be successful were not given consideration.”

Emdin said what’s missing is affirmation and helping students understand that they’re good enough as they are. When students feel that, they’re better able to learn and meet academic challenges.

That value can come from co-teaching, which Emdin says is “letting young folks be at the table to not only have a dialogue with them but also privileging their voice to lead the conversation.”

For Emdin, it’s important to appreciate what’s come before but also keep an eye toward what’s to come.

“To continue Mary Frances Early’s legacy is to be free,” he said. “There’s a whole leap of places to go. This isn’t about constructing enemies; it’s about identifying allies.” 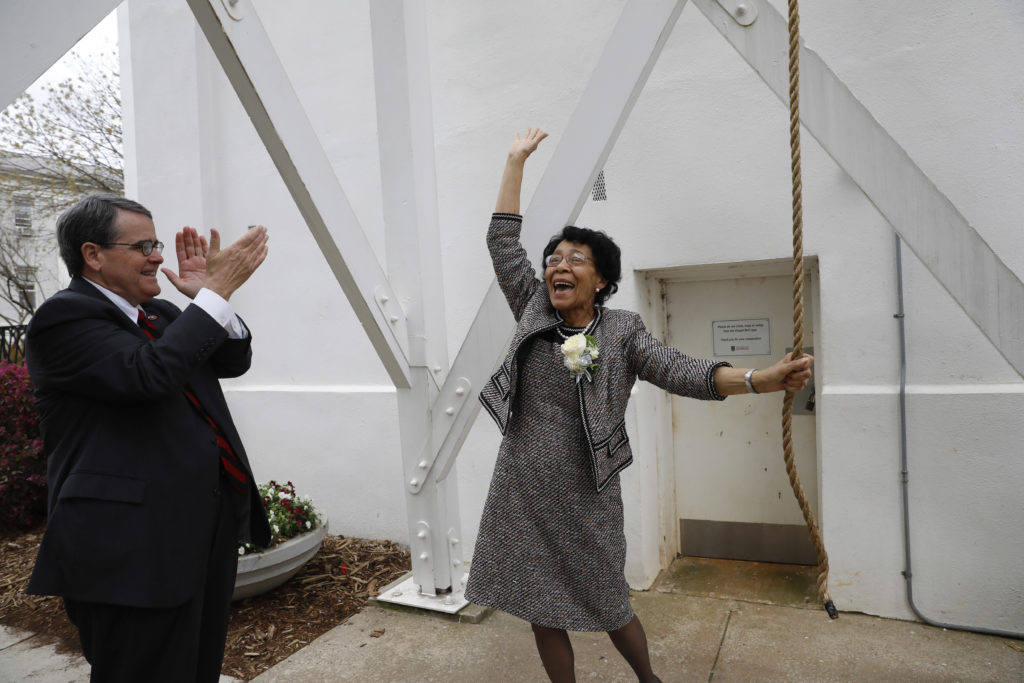 Following her 19th annual namesake lecture, Mary Frances Early took a moment to participate in a campus tradition for the first time by ringing the bell at the UGA Chapel as President Jere W. Morehead applauded. (Photo by Peter Frey/UGA)

The event honors the first African American to earn a degree from UGA and her legacy at the university. Early graduated with a master’s degree in music education in 1962 and completed her specialist in education degree in 1967.

The lecture series recognizes Early’s dedication toward making UGA an institution of higher learning for all people. It also strives to demonstrate the progress that has been made in achieving her vision as well as to identify the work that remains to be done.

The Mary Frances Early Lecture, also designated as a Signature Lecture, is sponsored by the Graduate School, Graduate and Professional Scholars and the Office of Institutional Diversity.