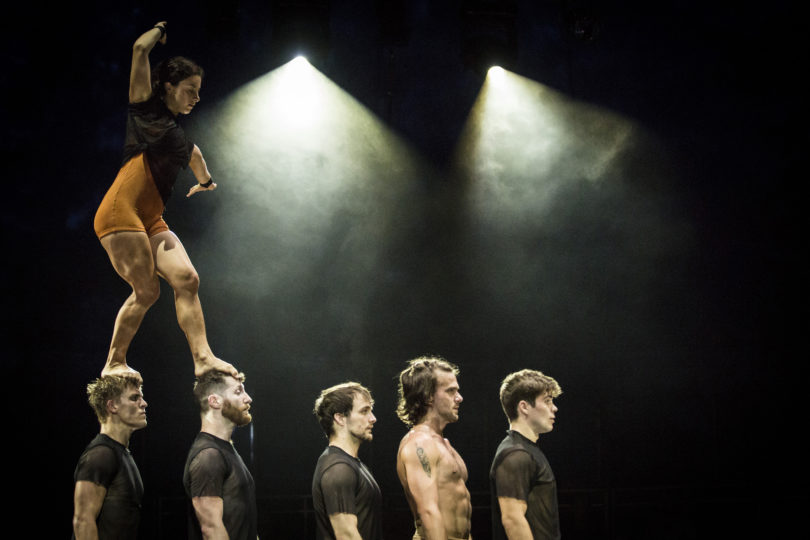 Australia’s Circa Contemporary Circus comes to Athens for two performances of Humans.

UGA Presents is bringing Australia’s Circa Contemporary Circus to the Fine Arts Theatre for two performances of Humans on Jan. 24 at 7:30 p.m. and Jan. 25 at 2 p.m.

Humans features 10 acrobats in a stirring journey of what it means to be human, and how our bodies, connections and aspirations all form part of who we are.

Based in Brisbane, Circa was founded in 2004 and has toured throughout the world, performing to more than a million people in 40 countries. The company is at the forefront of the new wave of contemporary Australian circus, pioneering how extreme physicality can create powerful and moving performances.

Under the direction of circus visionary Yaron Lifschitz, Circa features an ensemble of multi-skilled circus artists who perform regularly at leading festivals and venues in New York, London, Berlin and Montreal with seasons at Brooklyn Academy of Music, The Barbican Centre, Les Nuits de Fourvière, Chamäleon Theatre as well as major Australian festivals.

Humans, created by Lifschitz and the Circa Ensemble, premiered January 2017 at the Sydney Festival. A reviewer for The Stage called Humans a “dazzling circus show celebrating the poetic potential of the human body…it’s awe-inspiring, wondrous stuff.”

Tickets for the family-friendly show start at $35 for adults and $20 for children. Tickets can be purchased at the Performing Arts Center box office, online at pac.uga.edu or by calling 706-542-4400. A limited number of discounted tickets are available to current UGA students for $10 with a valid UGA ID (limit one ticket per student).The Fine Arts Theatre is located at 255 Baldwin St. in Athens.