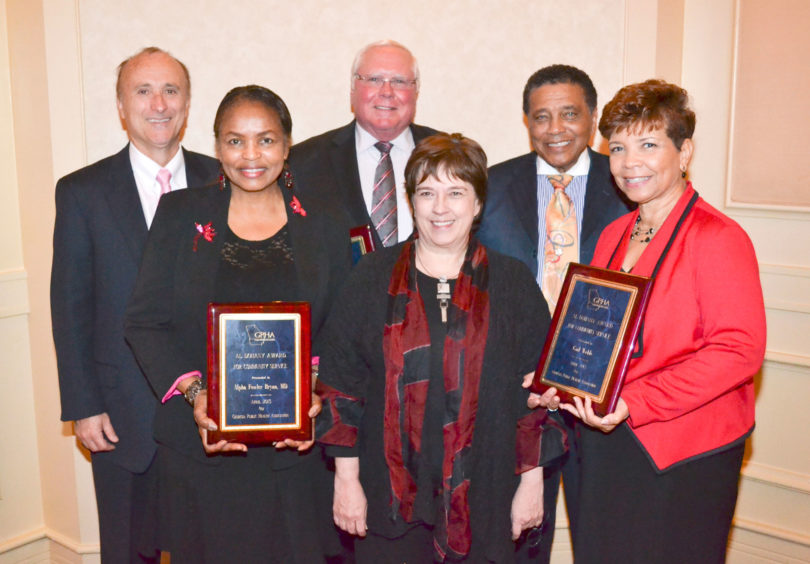 Jonesboro, Ga. – The Georgia Public Health Association recently recognized the University of Georgia’s Archway Partnership for the expansion of the Federally Qualified Health Center in Clayton County with the Al Dohany Award for Community Service.

Established in 1999, the award annually recognizes individuals and organizations for their work in promoting public health in Georgia. The award was presented at the GPHA Annual Awards Luncheon on April 23 in conjunction with GPHA’s annual meeting in Atlanta.

After years of research and work by graduate students from UGA’s College of Public Health, in June 2012, Clayton County was designated a low-income Primary Care HPSA. In September 2012, the FQHC was opened in Lovejoy.

Lovejoy was selected because of its high population of low-income residents, lack of access to affordable healthcare and a move-in-ready building, which made for a seamless transition to a state-of-the-art FQHC.

“This achievement was most noteworthy in the fact that this was the original goal set by the FQHC team of the Clayton Archway Partnership almost three years ago,” said Crissey.

The Archway Partnership, a unit of UGA’s Office of the Vice President for Public Service and Outreach, is an initiative to strengthen UGA’s land-grant mission. It creates portal counties through which the university’s teaching, research and service missions can address community- driven issues. Since its inception, the Archway Partnership has worked with 10 communities across the state. The Clayton portal began in 2008 and a Public Health Professional position was established in 2012. For more information, see http://www.archwaypartnership.uga.edu.