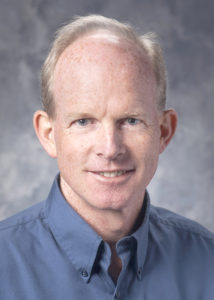 Patrick O’Connor, a kinesiology professor in the College of Education, was quoted in MyFitnessPal about exercise increasing happiness.

A new study published in The Lancet explored the connection between exercise and mental health. The researchers analyzed data from more than 1.2 million adults and found that those who got regular exercise experienced less stress, depression and emotional turmoil than sedentary adults.

While all forms of exercise were associated with increases in happiness, the biggest boosts came from team sports. The amount of exercise also had a significant impact on mood and the largest associations were linked with
exercising for 45 minutes three to five times per week.

The connection between exercise duration and mood is not well understood, but O’Connor believes it could be a result of changes in the brain, including the activation of neurotransmitters like serotonin and norepinephrine that help decrease stress, anxiety and depression.

Training too hard could have the opposite effect.

“At high levels, physical activity can produce depression,” said O’Connor, who specializes in exercise and mental health. “Those are unusual cases; for most people, increasing the amount of physical activity will provide a nice psychological boost.”