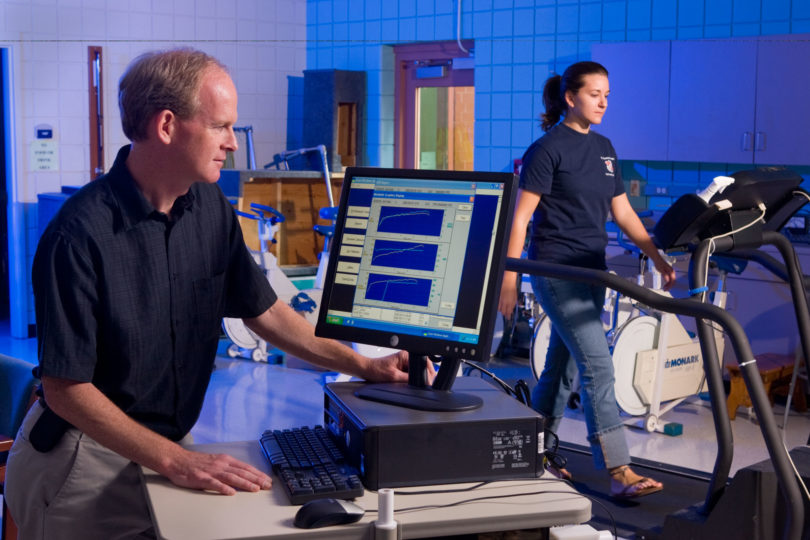 Exercise, even a small amount, can help alleviate symptoms of ADHD in adults, according to a new study by UGA researchers.

The study, published in the journal Medicine and Science in Sports and Exercise, found a single bout of exercise has psychological benefits for adults with these elevated ADHD symptoms. About 6 percent of American adults report symptoms consistent with attention deficit hyperactivity disorder, which lead to anxiety, depression, low energy and motivation, poor performance at work or school and also increased traffic accidents.

“Exercise is already known as a stress reducer and mood booster, so it really has the potential to help those suffering with ADHD symptoms,” said the study’s senior author, Patrick O’Connor, a professor in the College of Education’s kinesiology department. “And while prescription drugs can be used to treat these symptoms, there’s an increased risk of abuse or dependence and negative side effects. Those risks don’t exist with exercise.”

The study tested 32 young men with elevated ADHD symptoms who cycled at a moderate intensity for 20 minutes on one day, and on another day sat and rested for 20 minutes as a control condition. They were asked to perform a task requiring focus both before and after the different conditions, and researchers noted leg movement, mood, attention and self-reported motivation to perform the task.

As a result, researchers found that it was only after the exercise when the participants felt motivated to do the task; they also felt less confused and fatigued and instead felt more energetic. Interestingly, leg movements and performance on the task did not change after the exercise; rather, the exercise helped the young men feel better about doing the task. These findings are consistent with prior research that shows a single bout of exercise helps people feel more energetic, said O’Connor, who also is co-director of the UGA Exercise Psychology Laboratory. The results suggest that young men who have symptoms of ADHD can benefit psychologically from the short workouts, similar to the benefits enjoyed by typical adults who work out.

“The reduced feelings of confusion and increased motivation to perform a cognitive task suggest that other types of acute exercise also may benefit cognitive performance,” said study co-author Kathryn Fritz, a UGA doctoral candidate who completed the study as part of her master’s thesis. “We speculate that a different mode or duration or intensity of exercise, other than a boring cycle ride in a sterile lab, may show larger cognitive effects for those suffering from ADHD symptoms.”