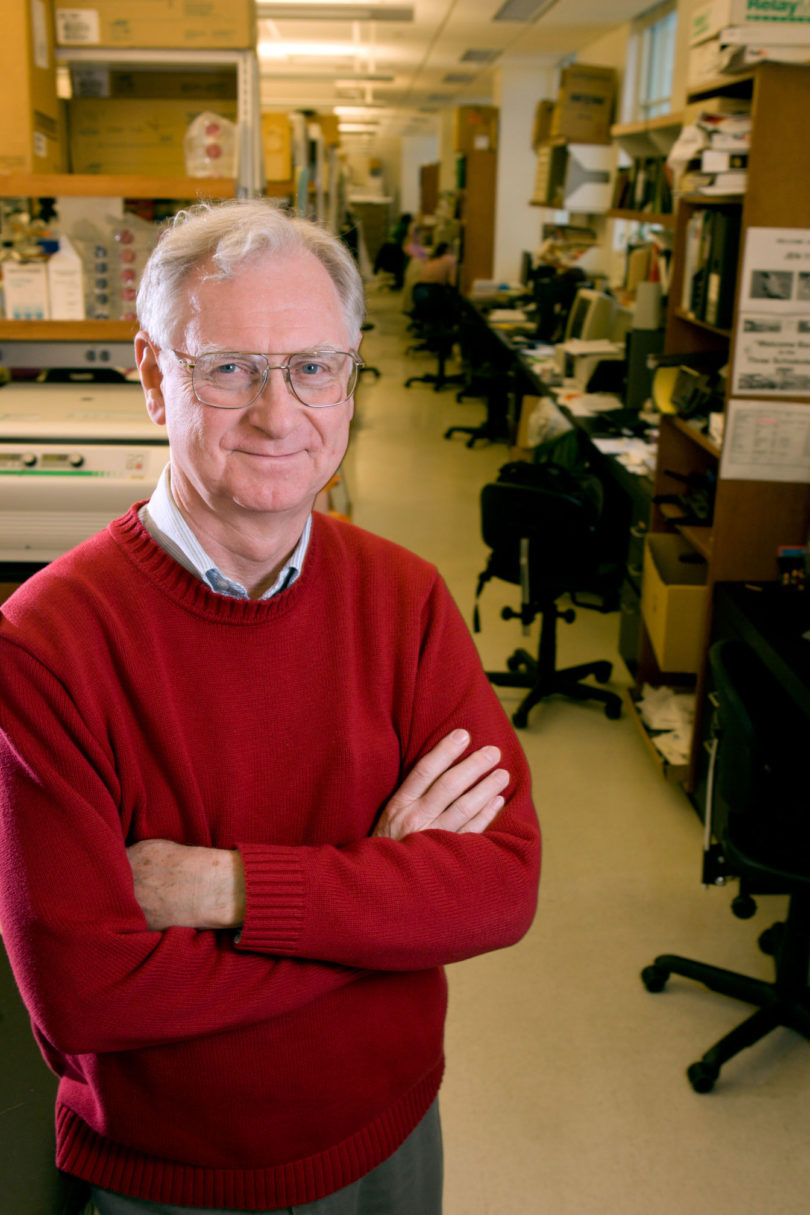 Athens, Ga. – University of Georgia Distinguished Research Professor Daniel Colley has been awarded the 2012 Christopher Columbus Fellowship Foundation Distinguished Life Sciences Scientist Award for his research in tropical medicine and parasitology. Colley has focused for more than 40 years on the immunology of schistosomiasis, a debilitating chronic worm disease that affects 240 million people worldwide, most in the developing world.

Colley, a professor of microbiology, is director of the UGA Center for Tropical and Emerging Global Diseases, a center for research and education in parasitic and other global infectious diseases that is comprised of 19 investigators from eight UGA departments.

The Life Sciences Awards, supported by a partnership of the foundation and the U.S. Chamber of Commerce, are made annually to recognize Americans who exemplify excellence in life sciences. Awards this year also were given to an educator and two high school students working in the field of life sciences.

“Four exceptional people are being honored,” said Maria Lombardo, chair of the Christopher Columbus Fellowship Foundation. “Each has made a unique contribution to the world. Addressing topics and concerns that affect people in their communities and worldwide, we applaud their forethought, hard work and dedication.”

UGA Vice President for Research David Lee agrees. “Dan is precisely the kind of scientist you’d like to see honored with such a prestigious award,” he said. “He has worked tirelessly, yet creatively, on multiple continents to curb a chronic disease that afflicts countless individuals around the globe. His work spans the continuum from public health to state-of-the-art molecular analyses and inspires his colleagues at the University of Georgia and elsewhere to similarly use their talents for the benefit of mankind.”

Colley was a pioneer in the field of parasite immunology. His animal models of schistosomiasis were recognized as providing great new scientific insights, but Colley realized that experimental models could not replace studying the disease in affected human populations. For four decades, he has led the way in translating scientific knowledge on the immunology of schistosomiasis into action through partnerships with colleagues in South America and Africa. His work has not only tackled the most important questions about human schistosomiasis but shaped global health research and tropical disease control policy.

His dedication to the most appropriate and effective means of treating people with schistosomiasis has been recognized by numerous career awards. In 2004, he received the Brazilian Presidential Medical for Scientific Merit, that country’s highest scholarly honor. In 2008, he was again honored by Brazil, receiving the Piraja da Silva Medal, named for the Brazilian doctor who first described the tropical worm infection.

In 2008, Colley received a $19-million award from the Bill & Melinda Gates Foundation to find ways to identify, control and eliminate schistosomiasis in Africa, the Middle East and the South America. The consortium overseen by Colley, known as Schistosomiasis Consortium for Operational Research and Evaluation, involves partners from around the world. The Gates Foundation award was the third largest in UGA history.

Colley provides worldwide leadership in combatting tropical and neglected diseases. In 2009, he was named an ambassador for Research!America’s Paul Rogers Society for Global Health Research, a national advocacy organization. This year, he chaired a committee issuing a report funded by the Wellcome Trust, a global charitable foundation dedicated to improving human and animal health, which details the challenges and priorities for worldwide human malaria research.

Colley also is noted for his dedication to development of young scientists. Training grants from the Ellison Medical Foundation and the National Institutes of Health provide opportunities for students and post-doctoral students to pursue research as part of CTEGD overseas programs and to bring trainees from collaborator’s laboratories to CTEGD’s laboratories at UGA.