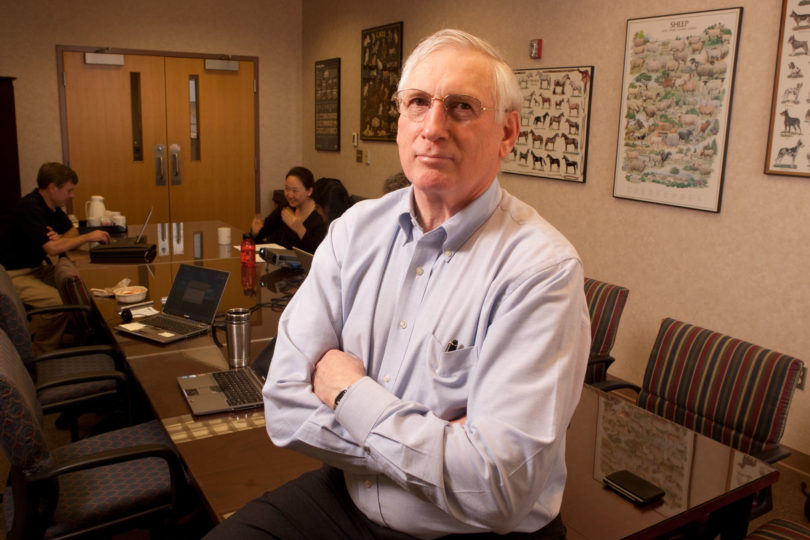 The university has launched a major campus-wide initiative to help the state address its growing epidemic of adult and childhood obesity. Clifton A. Baile, a Georgia Research Alliance Eminent Scholar, D.W. Brooks Distinguished Professor of Animal and Dairy Science and professor of foods and nutrition, along with the Office of the Vice President for Research, will lead the new UGA Obesity Initiative.

“The data showing how quickly our population has been overcome by this menace to public health are truly startling,” said UGA President Michael F. Adams. “Obesity and its related diseases are taking a huge toll on the health of Georgia’s citizens as well as on the cost of health care in this state, and I believe it undermines our economic development efforts in multiple ways.”

To develop this initiative, UGA will blend obesity-related instruction and research activities with its public service and outreach components to develop obesity prevention and treatment programs that interested Georgia communities, employers and health care providers can ­implement.

“As Georgia’s land-grant university, UGA will harness its many and diverse skills and work cooperatively with interested parties, including other Georgia research institutions, to help bring this epidemic under control,” Adams said. “This is a long-term problem for our state and the nation that will evade a quick fix, but we must get started. The university is determined to play its part.”

Georgia ranks among the worst in the nation for adult and childhood obesity. More than 65 percent of adults and 40 percent of children are overweight or obese, according to the Centers for Disease Control and Prevention. The steady increase of overweight infants—children younger than 11 months old—also is causing alarm. Obese children have an 80 percent probability of being obese when they become adults.

The related health consequences and costs are equally staggering. Obesity increases the risk of heart disease, stroke, diabetes and some cancers, costing the state an estimated $2.4 billion annually—the equivalent of $250 per Georgian each year—in direct health care costs and lost productivity from disease, disability and death, according to the CDC. People who are obese have average annual medical expenses $1,400 higher than those who aren’t overweight.

More than 75 UGA faculty members are active in ­collaborative teams with activities ranging from basic research on obesity, metabolism, genetics and disease to the development of pharmaceuticals, weight management interventions, gaming and mobile technologies for health messaging and innovative after-school exercise programs.

Collaborations with Athens Regional Medical Center to integrate obesity prevention and treatment strategies into health care are in the works. The initiative will coordinate the study and development of state and national public health policies and economic strategies to address obesity and metabolic disorders.

“Obesity is such a multi-faceted problem that it requires the combined efforts of the UGA researchers and the communities they’re partnering with,” Baile said. “The breadth of research at UGA and its status as a land-grant institution dedicated to serving the state make it particularly well suited to tackle Georgia’s obesity epidemic.”

The obesity initiative, developed with financial support from OVPR and the provost’s office, will be strengthened through recruitment of faculty with nationally recognized expertise and by launching a $10 million fundraising campaign for the obesity prevention work as part of its larger capital campaign. The initiative also will receive support from the Georgia Research Alliance.

“The University of Georgia contributes in many ways to the progress and well-being of our state. Our effort to help curb this threat to our public well-being is just the latest example,” Adams said. “I am particularly enthusiastic about engaging our undergraduate students, graduate students, faculty and staff in this effort; and we will look for creative ways to do this.”