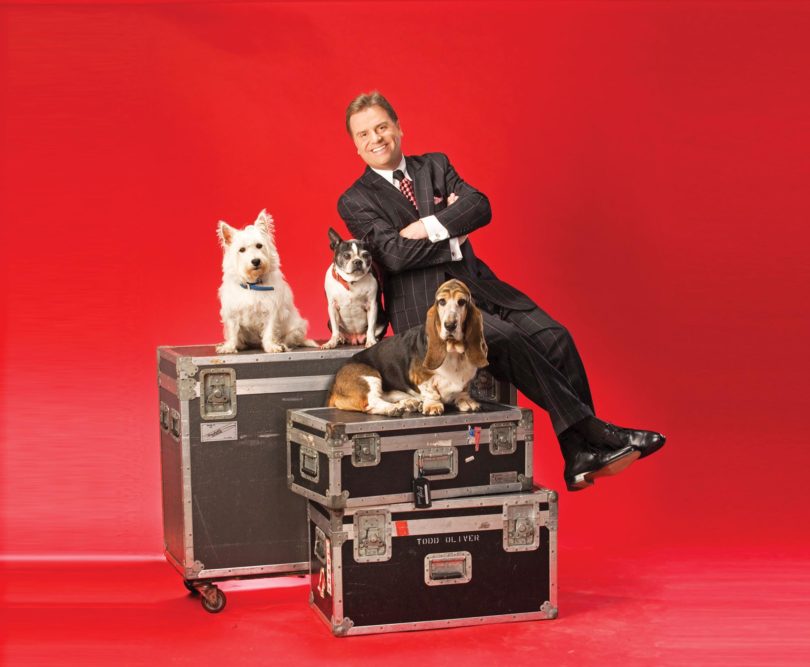 Comedian and ventriloquist Todd Oliver will give performances at the UGA Performing Arts Center Feb. 8 and 9 as part of his "Dogs Gone Wild" tour.

The Performing Arts Center will present Todd Oliver’s Dogs Gone Wild tour on Feb. 8 and 9 at 8 p.m. in Ramsey Concert Hall. Tickets are $39 with discounts for UGA students. Tickets can be purchased online at pac.uga.edu or by calling the box office at 706-542-4400.

Oliver, an award-winning comedian and ventriloquist, will be joined onstage by his real-life canine pals Irving, Lucy and Elvis.

Oliver has made many television appearances including America’s Got Talent, Late Show with David Letterman, The Late Late Show with Craig Ferguson, The Tonight Show with Jay Leno and the Today show. Letterman has called Oliver one of the “top five ventriloquists in the world.”