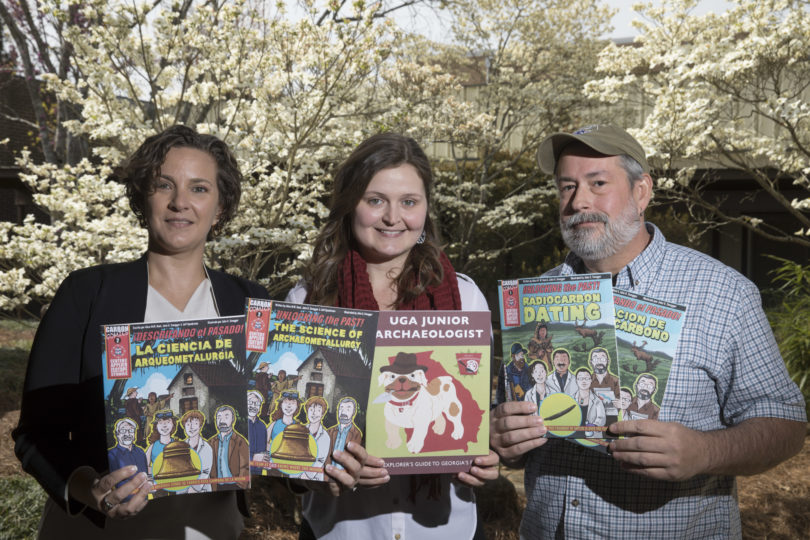 When Alice Hunt was a Girl Scout in the 1980s, the program had badges you could earn for things like auto maintenance and space exploration. Those badges helped Hunt develop her love of science.

But after moving to Athens as an adult and looking for a troop to volunteer with, Hunt found those types of badges weren’t really a thing anymore.

“Scout leaders said, ‘You can do science with glitter,’” said Hunt, a former associate research scientist with the University of Georgia’s Center for Applied Isotope Studies (CAIS). “I wouldn’t have wanted to do that when I was that age. I wanted to find a way to encourage girls, in particular, but all students to find things they’re interested in.”

She wanted a way to hook undergraduate students while teaching them the skills professors are looking for in their students—namely, critical thinking and how to work through a problem from start through analysis to conclusion. And it had to be a medium in which she could embed scientific knowledge.

It was a tall ask, but soon it hit her: comic books.

“There is a whole body of literature on the value of teaching with comics and graphic novels,” said Hunt, who is now the assistant director for instructional development at Center for Teaching and Learning. When she met an illustrator at a conference, it was kismet.

She storyboarded the concept, ran it by fellow researchers and, with the illustrator’s help and the assistance of CAIS Director Jeff Speakman, brought the idea to life.

“We picked real problems CAIS was dealing with rather than making up a storyline,” said Hunt, who has a doctorate in archaeological materials analysis, which she describes as the intersection of materials engineering and anthropology. “I’ve oftentimes found that audiences care more about the human behavior questions, and then I can slip science into those stories. Likewise, the scientists who get really involved in their data forget the human behavior component.”

Carbon Comics currently consists of two bilingual (English and Spanish) issues, the first focusing on radiocarbon dating, a process used to determine approximate ages of objects that contain organic material, and the second on archaeometallurgy, the study of historic use of metals by people. The goal is to extend the series into 10 to 15 issues that can be used as a substitute textbook for undergraduates. In the meantime, Hunt and doctoral candidate KC Jones have brought the series—and a junior archaeology workbook Jones co-authored in 2016—to schools across the state. 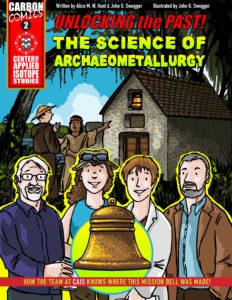 Created in Speakman and professor Victor Thompson’s graduate archaeology seminar, the UGA Junior Archaeologist Workbook was inspired by the National Park Services Junior Ranger program. Like its model, the course even includes a badge for students who successfully complete all the modules.

“We built our lessons around this motto we had created within the workbook: explore, learn and protect,” said Jones, who co-authored the workbook. “It’s made its way to almost every corner of the state since then, and the students love it.” 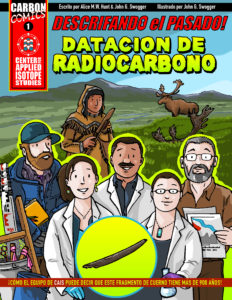 Speakman himself used the comics in one of his undergraduate courses in fall 2018 and found it helped students to better understand the scientific concepts.

“It has to be on a level that appeals broadly to kids’ comprehension level,” he said. “But what I’ve found is that adults love to read it because they too can understand what we’re saying. I had one colleague tell me, ‘This is the first time I’ve ever really understood how radiocarbon dating works.’”

With the third Carbon Comic in the works for 2020, the next step for the project is to get the comics online, possibly in a cartoon format, something which CAIS is partnering with the Center for Teaching and Learning to make a reality.

As for the workbook, Jones just received an order for 1,200 more print copies and continues to guest teach lessons at schools throughout the state.

“None of the kids I’ve talked to have ever really been exposed to anthropology prior to me coming into their classroom,” said Jones. “I’m hoping the interest that these lessons spark early on will snowball into more anthropology majors down the road.”