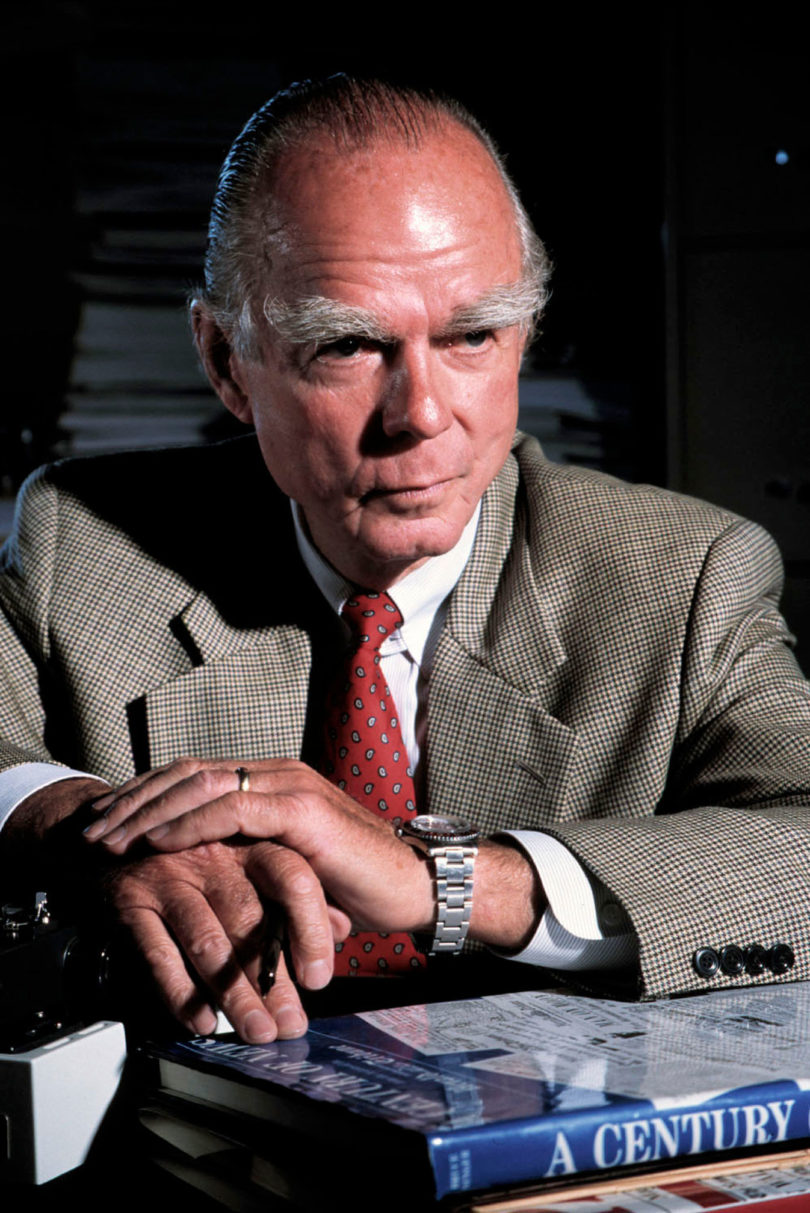 Athens, Ga. – The University of Georgia Grady College of Journalism and Mass Communication will hold a public memorial service for Conrad Fink-who was for three decades a tough, inspiring and beloved professor of journalism-April 27 at 2 p.m. in the Chapel.

Students, former students, colleagues and friends, including UGA Senior Vice President for Academic Affairs and Provost Jere Morehead and Vice Chairman of the University System of Georgia Board of Regents W.H. “Dink” NeSmith, will share remembrances of the legendary teacher.

“I am moved by the outpouring of affection for Conrad Fink on social media,” said E. Culpepper “Cully” Clark, dean of the Grady College. “How appropriate that we honor the life of this transformative teacher.”

The Red & Black newspaper will host a reception at 540 Baxter St. after the service.

At his death in January, Fink held the William S. Morris Chair in Newspaper Strategy and Management at the Grady College and directed the James M. Cox Jr. Institute for Newspaper Management Studies.

Fink, the author of a dozen textbooks, was appointed a Josiah Meigs Distinguished Teaching Professor in 2004. That same year, he won the Regents Teaching Excellence Award. He was named Freedom Forum’s National Journalism Teacher of the Year in 2002.

Before his retirement from professional journalism in 1977, Fink rose from reporter to foreign correspondent to vice president and secretary of the Associated Press.