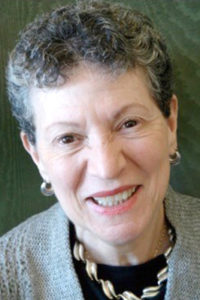 On Sept. 17, UGA’s School of Public and the International Affairs American Founding Group will host a celebration of Constitution Day.

The centerpiece of the observance is a lecture by Carol Berkin, Presidential Professor of History Emerita at Baruch College and the Graduate Center, City University of New York. The Constitution Day Lecture is part of the provost’s Signature Lecture Series.

Berkin’s lecture, “Born in Crisis: The Emergence in the 1790s of an American Identity,” and a moderated question-and-answer session will take place at 1:30 p.m. in the Chapel. It will be followed by a dessert reception in Candler Hall.

Prior to the lecture, historical documents and materials related to the American founding and U.S. Constitution from the Hargrett Rare Book & Manuscript Library will be on display at 1 p.m. in the Chapel.

Berkin is an American historian and author specializing in the role of women in American Colonial history. She has worked as a consultant on several PBS and History Channel documentaries, including Scottsboro Boys, which was nominated for a best documentary Academy Award in 2000.

Berkin is also the author of several books, including First Generations: Women in Colonial America; A Brilliant Solution: Inventing the American Constitution; Revolutionary Mothers: Women in the Struggle for America’s Independence; Civil War Wives: the Life and Times of Angelina Grimke Weld, Varina Howell Davis and Julia Dent Grant; Wondrous Beauty: The Life and Adventures of Elizabeth Patterson Bonaparte; The Bill of Rights: The Fight to Secure America’s Liberties; and most recently, A Sovereign People: The Crises of the 1790s and the Birth of American Nationalism.

In addition, Berkin serves on the scholarly boards of several professional organizations including The National Museum of Women’s History, The New York Academy of History and the New-York Historical Society’s Center for American Women’s History.

Constitution Day is the annual celebration of the day the Constitutional Convention completed and signed the U.S. Constitution in 1787. The observance of this day began as “I am an American Day” in 1940 and later as Citizenship Day in 1952 when the celebration was moved to Sept. 17 to commemorate the signing of the original document. Constitution Day as it is observed today was recognized as a federal holiday in 2004, when U.S. Sen. Robert Byrd passed a bill designating Sept. 17 as the day for citizens to commemorate the signing of the U.S. Constitution and to thoughtfully engage with the nation’s founding document.