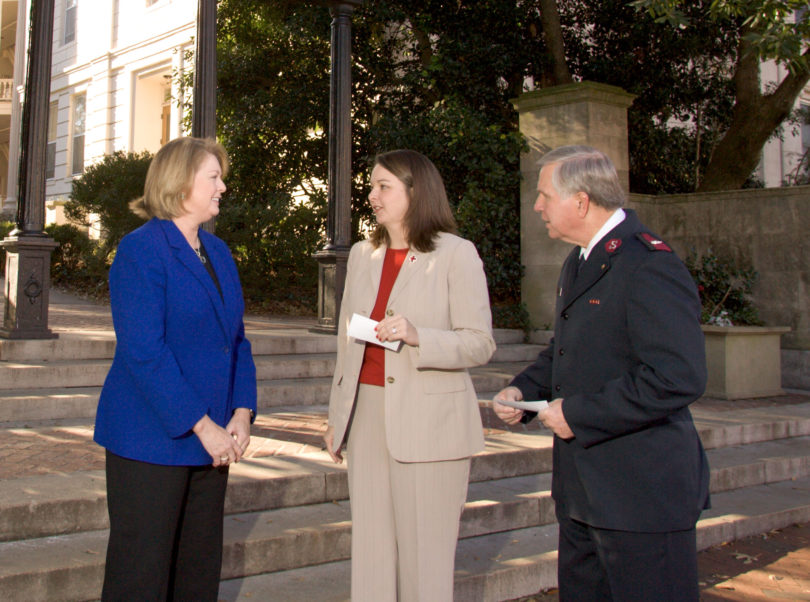 This fall, the UGA community contributed $55,208 to the UGA Katrina Relief Fund to provide support to victims of Hurricane Katrina.  A portion of the funds, $21,631, was used in direct relief to evacuees who were housed at UGA’s Rock Eagle 4-H Camp, meeting individual needs such as transportation expenses to the home of a relative or other temporary housing location.  Another $1,432 was specifically designated by donors in the Hugh Hodgson School of Music to benefit the music departments at Loyola University of New Orleans and at Tulane University. The remaining $32,145 was donated to the local Red Cross and the Salvation Army. Opal Haley (left), director of the UGA Office of Security Preparedness, presented checks totaling $32,145 to Jennifer Pennington, executive director of the East Georgia Chapter of the American Red Cross and Major George Price of the Salvation Army to support Hurricane Katrina disaster relief efforts.