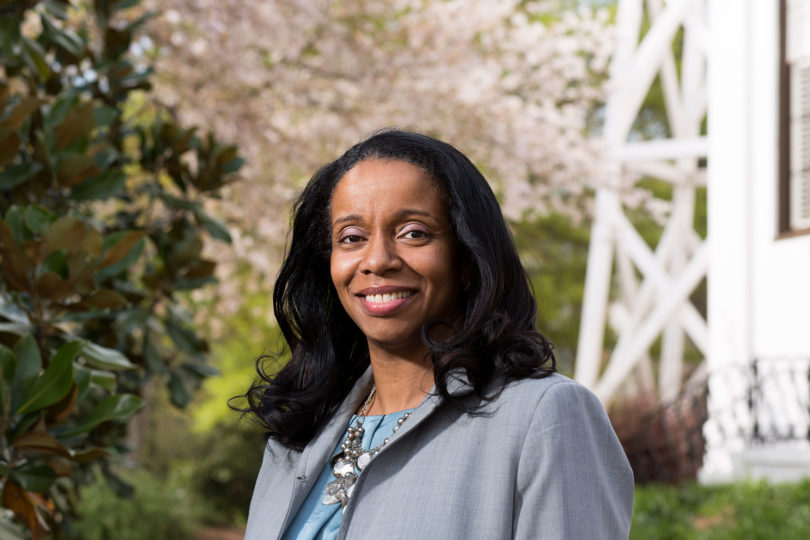 Veteran campus administrator Michelle Garfield Cook will be taking on an expanded leadership role as the institution’s vice provost for diversity and inclusion and strategic university initiatives.

As one of two vice provosts, she will plan and implement programs that span units across campus while continuing to lead the Office of Institutional Diversity, where she has served as associate provost since 2011. Her new appointment is effective Nov. 15.

“Dr. Cook’s record of success in leading campus-wide programs and garnering external funding to advance institutional priorities has been exemplary,” said Provost Pamela Whitten. “She translates vision into action for the benefit of our students, faculty and university as a whole.”

In her role as associate provost, she has played a vital role in elevating the recruitment, retention and success of underrepresented minority students on campus. Since 2005, she has been the co-principal investigator on the National Science Foundation-funded Peach State Louis Stokes Alliance for ­Minority Participation program, which has helped quadruple the number of degrees conferred to underrepresented minorities in STEM fields at UGA.

Prior to being named associate provost, Cook served as an associate dean in the Franklin College of Arts and Sciences, where she oversaw student academic affairs. “Having served in various administrative capacities since 1998, I’ve been fortunate to be able to see the university from multiple perspectives,” Cook said. “I’m excited about the opportunity to work with colleagues from across campus to advance big ideas and grand initiatives that propel the institution forward.”

“Dr. Cook is a superb administrator with a deep commitment to elevating this university to new heights of excellence,” said President Jere W. Morehead. “As her role expands, so, too, will her positive impact on this institution, and I am excited to see all that she will accomplish in the future.”