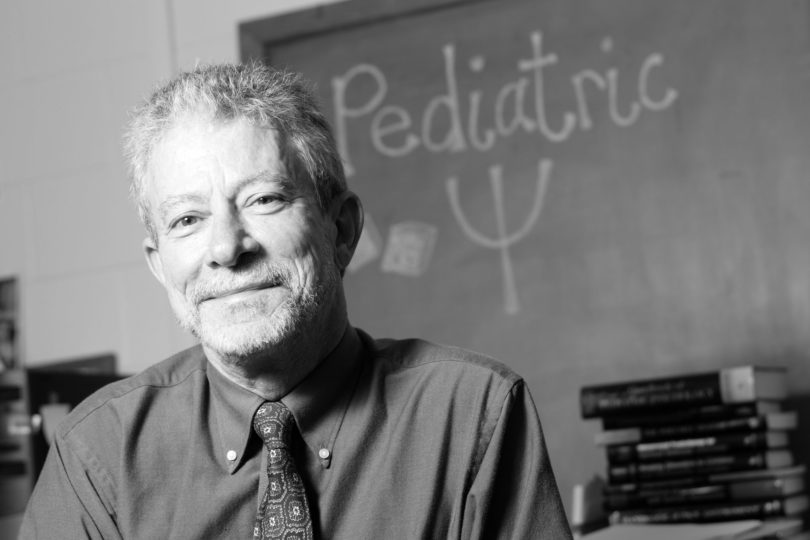 Disease is a private matter to many of us. For myriad reasons, we want to keep it to ourselves, and no cluster of disorders challenges patients’ need for privacy more than inflammatory bowel disease.

Teenagers with IBD, including Crohn’s disease and ulcerative colitis, often have serious trouble coping with the disorders. But a new cognitive-behavioral, skills-based treatment intervention program developed and tested by psychologists at UGA shows promise of reducing physical symptoms and increasing adaptive coping strategies. It could help bring some relief to the hundreds of thousands of people in the U.S. alone who often suffer in silence.

The latest study on the effectiveness of the coping skills intervention involved 24 female teenagers age 11-17, a population that especially struggles with the intimate and sometimes embarrassing nature of IBD.

“We saw significant improvements in these adolescents’ physical symptoms and coping strategies following treatment,” said Ronald Blount, UGA professor of clinical psychology and an author of the study. “Parents, who were also involved in the study, reported reductions in catastrophic thoughts related to their daughters’ pain and improved behavioral reactions related to their daughters’ physical symptoms. We aimed to teach parents to become coaches for their daughters to help them better manage their symptoms.”

The research was published online in the journal Inflammatory Bowel Diseases. Co-authors were Megan McCormick and Bonney Reed-Knight, both psychology doctoral students at UGA, and Drs. Jeffrey Lewis and Benjamin Gold of the Children’s Center for Digestive Health Care in Atlanta. The department of psychology is part of the Franklin College of Arts and Sciences.

IBD is unpredictable and can cause severe suffering for those diagnosed with the disease. With symptoms such as abdominal pain, frequent diarrhea, delayed growth and intestinal or rectal bleeding, the disorders are a challenge for teens and parents alike. Sometimes just as difficult, IBD is associated with such things as elevated stress levels and poor emotional functioning.

Those directing the study divided the 24 adolescent girls and their parents involved in the study into two groups for the one-day intervention. One group began training in the new protocols immediately, while the second was “wait-listed” as a control group, though all eventually received the training.

While the on-site training lasted but a day, it was followed by six weeks of a Web-based coping skills program, including weekly homework assignments and group chat sessions aimed at reinforcing the skills learned in the one-day intervention.

“We found the chat component was especially helpful,” said McCormick, “because people’s schedules sometimes get in the way of a group getting together. They were able in the chats to talk about their feelings and develop a very real sense of community. While there’s a benefit to them being in the same room, the online community turned out to be very important. It’s an isolating disease, and we hope they learned that their psychology plays an important role in how they feel physically.”

While IBD is somewhat uncommon as diseases go, there have been few psychologically based interventions developed for adolescents with IBD.

“There are a lot of studies on medical based interventions,” said Reed-Knight, “but for some people there may be a stigma with psychological intervention.”

The experience of finding new ways to cope with IBD was an emotional one for both the adolescent girls and their parents.

“Many parents cried as they shared the story of their child’s diagnosis,” said McCormick. “But in doing so they really opened up. They so badly want to be able to take care of their children, but they often have a feeling that things are out of control. There can be a lot of guilt involved.”

Parents in the study commented that the new treatment intervention gave them a feeling of control for the first time. They understood that how they react to their child’s pain can make that pain better or worse and they learned new skills to help their daughters cope.

“We were pleased to see that parents reported significant increases in their children’s use of adaptive coping strategies when the children were in pain,” said Blount.

The new study is a step forward from an original 10-week coping skills study done here earlier, though in that earlier study the small sample size and other variables led to limitations on how the results could be used.

According to the Children’s Digestive Health and Nutrition Foundation, around a million Americans live with IBD, and a quarter of them are younger than 20 years old. Medical treatment regiments provide relief to many. The authors of this study believe there is a significant possibility that the new treatment will, in time, provide additional ways to help sufferers cope with the challenges that come with their disease.

“One surprise in our study was how quickly the participants were able to make a community and became sources of support for each other,” said Reed-Knight. “They were able to share their experiences and then go home and continue that sense of community.”

The next step will be to use a larger sample in the context of a randomized clinical trial to evaluate the efficacy of the newly designed intervention for coping skills and decreasing symptoms in adolescents with IBD.