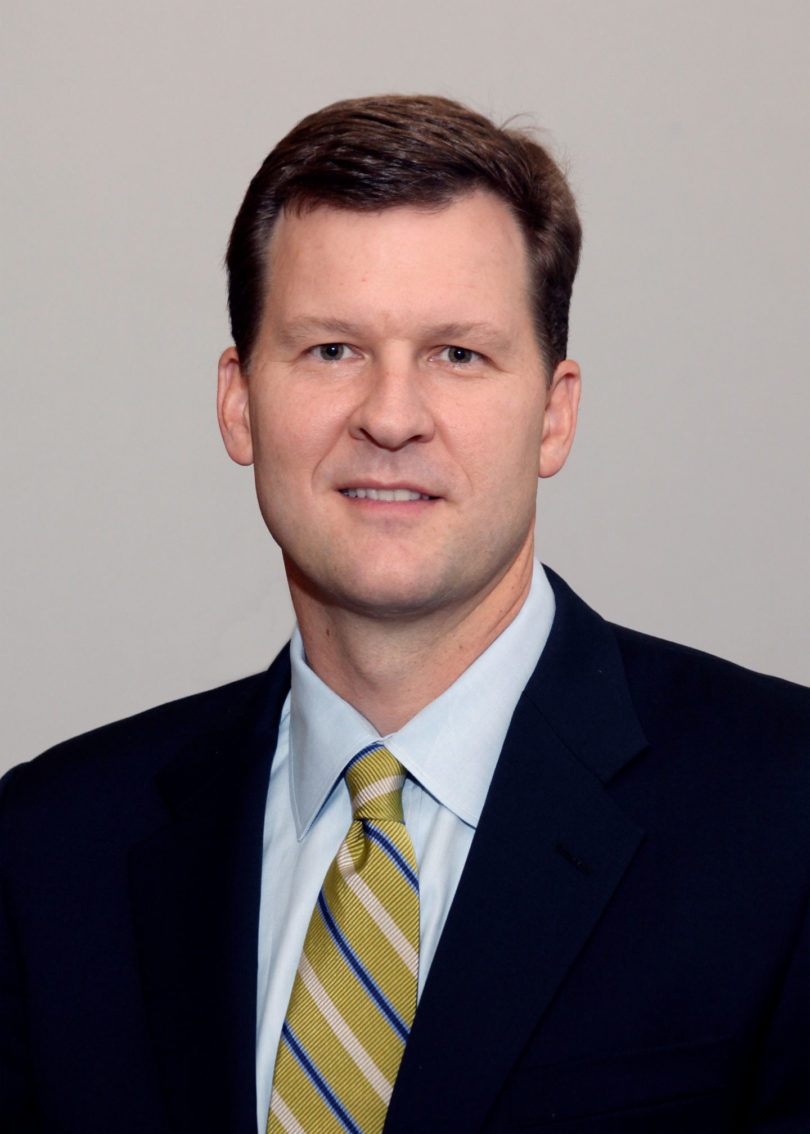 Michael M. Raeber, a partner in the Business Litigation Group at King & Spalding in Atlanta, has been named executive director of legal affairs by UGA President Jere W. Morehead. The appointment is effective Feb. 1.

“I am very pleased that we have hired an exceptionally gifted lawyer to lead the Office of Legal Affairs,” Morehead said. “Mike Raeber is recognized as one of the most outstanding lawyers in this state, and he will be a key adviser in my administration.”

Raeber joined the King & Spalding law firm in 1994 and became a partner in 2002. A specialist in complex corporate litigation, he has served as lead counsel in cases involving real estate, insurance coverage, employment, accounting and contractual interpretation. Before joining King & Spalding, he clerked for Justice George T. Smith of the Georgia Supreme Court and Judge Stanley F. Birch Jr. of the U.S. Court of ­Appeals for the 11th Circuit.

Raeber’s multifaceted legal career has included the representation of Fortune 500 companies; appeals before the U.S. Court of Appeals for the 5th, 6th, 7th and 11th Circuits; serving as trial counsel to a major manufacturing company which achieved one of the largest insurance arbitration awards in U.S. history; serving as trial counsel for a Big Four accounting firm; and serving as a pro bono habeas corpus counsel to a wrongly convicted prisoner, which ultimately resulted in the release of the client.

“I’ve worked with Mike Raeber on several complex and sensitive legal matters,” said Larry Thompson, Sibley Professor in Corporate and Business Law at the School of Law, who is presently on leave while serving as executive vice president of government affairs, general counsel and corporate secretary of PepsiCo Inc. “Mike is a superb lawyer. He’s very strategic and practical. Mike knows how to solve legal problems as well as prevent them. UGA is very fortunate to have a lawyer of Mike’s caliber looking out for its legal interests.”