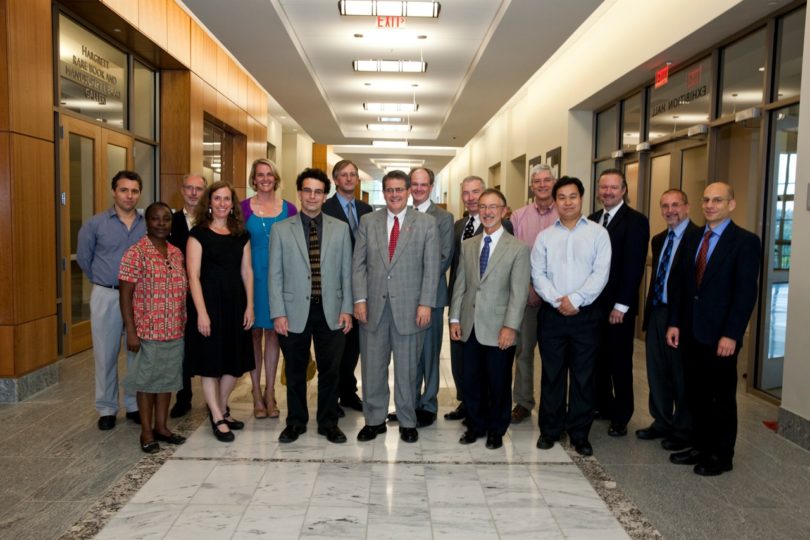 The Jane and Harry Willson Center for Humanities and Arts launched its Faculty Research Clusters initiative at a reception Aug. 29 in the Richard B. Russell Building Special Collections Libraries. UGA President Jere W. Morehead, Vice President for Research David Lee and Willson Center Director Nicholas Allen gave remarks at the event, which was attended by directors of the six clusters and other university faculty. The clusters have been organized around interdisciplinary research initiatives that can serve as bridges between the university and off-campus communities.