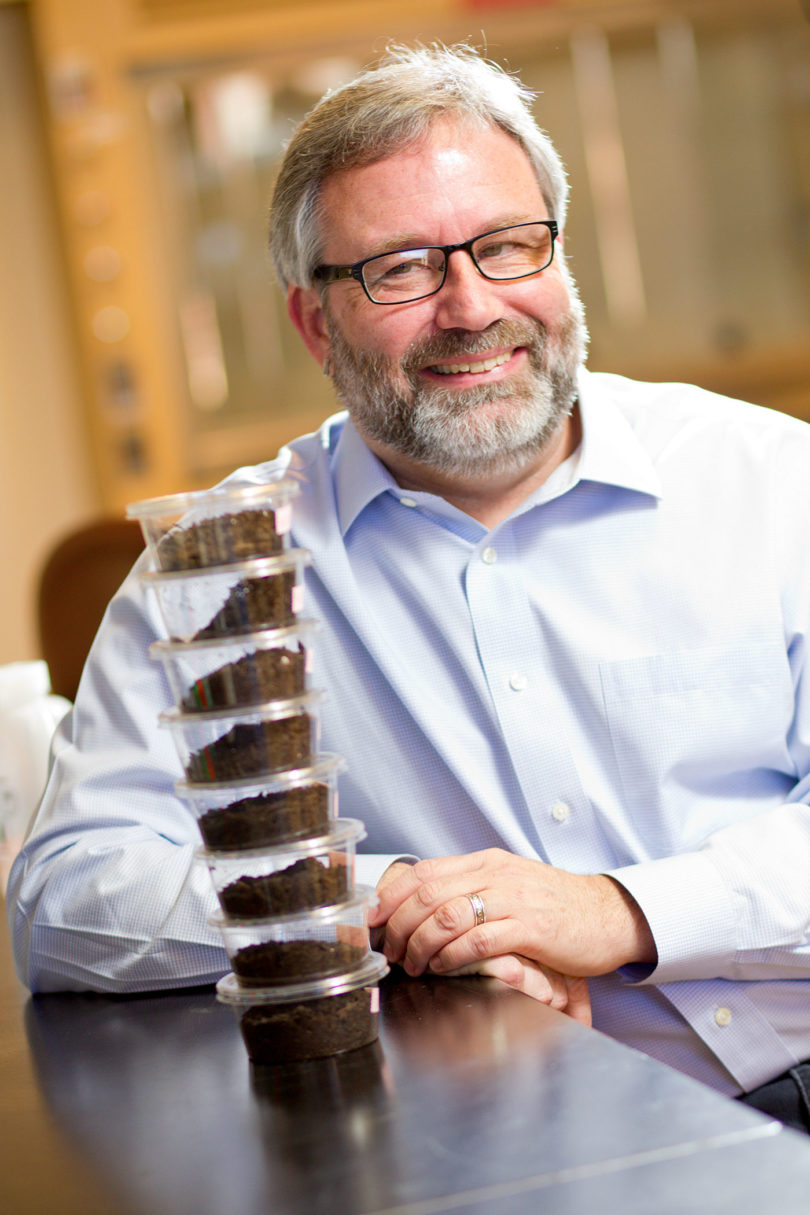 This year, Creative Research Awards were given in two areas—the sciences and the social and ­behavioral sciences—to recognize outstanding bodies of work that have gained broad recognition.

Allen Moore, Distinguished Research Professor of Genetics, is an evolutionary behavior geneticist, conducting research on the genetics of sociality using insects, which have often played key roles in elucidating the evolution of social behavior.

His work combines theoretical and statistical approaches to tackle evolutionarily important problems in behavior, and then brings the full arsenal of modern molecular techniques to dissect the underlying mechanisms. Moore has selected his insect systems in a way that allows him to manipulate experimentally varied social behaviors, including aggression, mating, altruism, and notably, parental care.

In his latest advance, Moore uses genomic approaches to understand complex behavioral traits in burying beetles. His work will test the importance of specific genes in determining differences between care provided by mothers and fathers, and between single parents and biparental teams. It may open the doors to understanding pathways of gene interaction both within parents and between parents and offspring.

Jody Clay-Warner, Meigs Professor of Sociology, investigates injustice from both basic and applied vantage points, addressing critical problems in society: injustice, violence, victimization and the laws and policies designed to control these problems.

Her research broadens understandings of injustice by systematically examining how social structure and contextual factors affect how people perceive and rationalize injustice, as well as the emotional, cognitive and legal processes involved in responses to injustice. For example, she challenged the notion that women are always more likely to perceive gender discrimination than are men, developing a theoretical model that explained how occupational structure affected perceptions of gender bias.

Her work on violence against women demonstrates the role of structural and contextual factors on women’s response to sexual violence and on re-victimization. Carried out in a rigorous way theoretically and methodologically, her work contributes to understanding and perhaps solving some of our most pressing social problems.