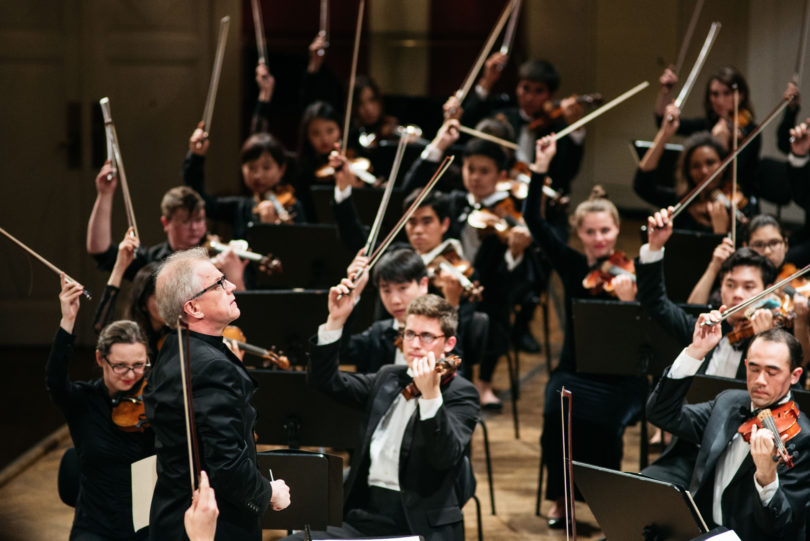 The Curtis Symphony Orchestra, showcasing 100 exceptional young musicians from the renowned Curtis Institute of Music, is embarking on its first U.S. tour and will visit Athens on Feb. 3 for a 7:30 p.m. performance in Hodgson Concert Hall.

The seven-city tour, led by conductor Osmo Vänskä, will feature pianist Jonathan Biss performing Beethoven’s “Emperor” Concerto in celebration of the 250th anniversary of Beethoven’s birth. The program will also include Sibelius’s Symphony No. 2.

Founded in 1924 in Philadelphia, the Curtis Institute of Music is acclaimed for its “otherworldly ensemble and professional level of sophistication” (The New York Times). With a small student body of about 175, the institute selects only 4% of applicants each year on average, representing more than 20 nations. The faculty of 113 allows for highly personalized attention, and to ensure that admissions are based solely on artistic promise, Curtis makes an investment in each student so that no tuition is charged for their studies.

A Curtis alumnus, Biss created the first massive open online course offered by a classical music conservatory, “Exploring Beethoven’s Piano Sonatas,” which has reached more than 150,000 people in 185 countries. He is the recipient of numerous awards, including the Leonard Bernstein Award, Lincoln Center’s Martin E. Segal Award, an Avery Fisher Career Grant and the 2003 Borletti-Buitoni Trust Award. Biss is returning to UGA, where he performed an all-Beethoven Ramsey Hall recital in 2018.

The Curtis Symphony Orchestra’s Athens concert will be recorded for broadcast on American Public Media’s Performance Today, the most popular classical music program in the U.S.

Tickets for the concert start at $42 and can be purchased at the Performing Arts Center box office, online at pac.uga.edu or by calling 706-542-4400. A limited number of discounted tickets are available to current UGA students for $10 with a valid UGA ID (limit one ticket per student).