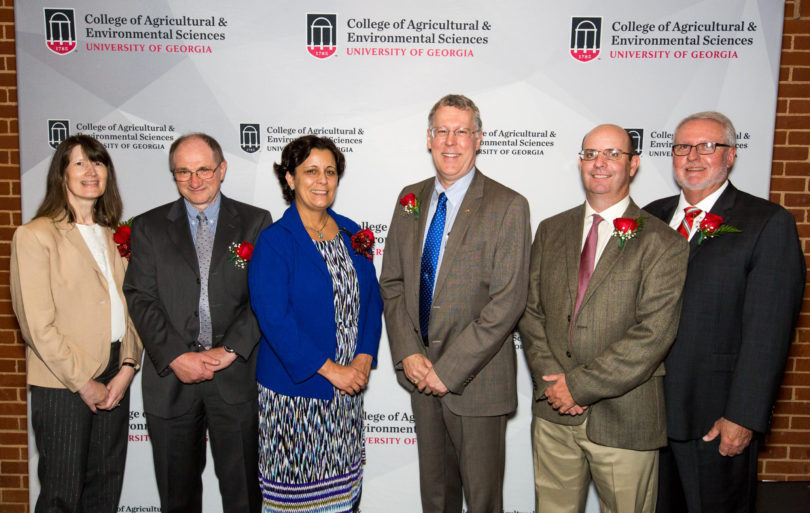 If the world’s food supply is going to double by 2050, it’s not going to happen without genetically modified crops.

That was the message delivered by molecular biologist Nina Federoff at the 2017 D.W. Brooks Lecture, which was designated as a Signature Lecture.

Federoff was a pioneering biotechnologist at Pennsylvania State University before becoming a science advisor to the U.S. Department of State, USAID. She founded the Center for Desert Agriculture in Saudi Arabia and is a longtime proponent of biotechnology in agriculture.

Lack of support of GMO crops is based in fear of new technology and science denial, she told an audience of more than 350 at the lecture.

“All of the indicators suggest that we’re reaching the limits of the world’s land and water resources, yet the population is still growing,” Federoff said. “We’re also becoming increasingly aware that we’re going to have to produce food more sustainable than we ever have before if we’re going leave the land in reasonable condition for those who follow us. … The answer lies in a combination of technology and biology.”

Federoff’s talk was part of the D.W. Brooks Lecture series, which also included recognition of the  2017 D.W. Brooks Award recipients.