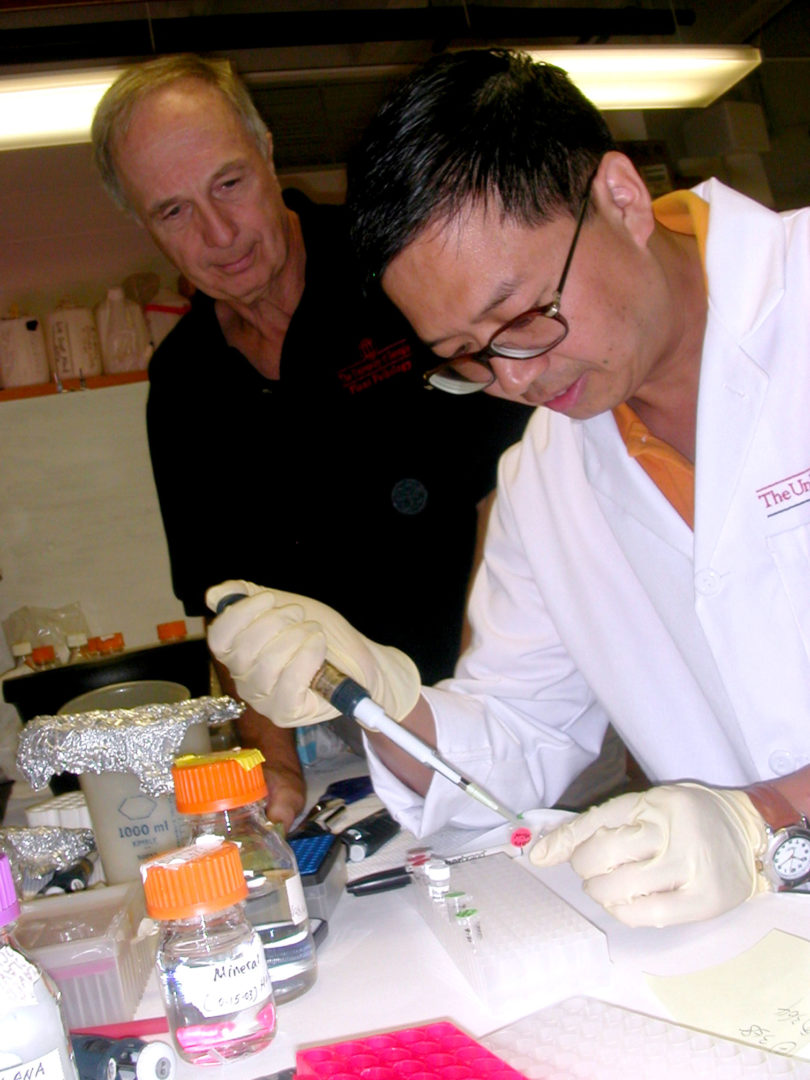 UGA professor Richard Hussey has spent 20 years studying a worm-shaped parasite too small to see without a microscope. His discovery is vastly bigger.

Hussey and his research team have found a way to halt the damage caused by one of the world’s most destructive groups of plant pathogens.

Root-knot nematodes are the most economically important group of plant-parasitic nematodes worldwide, according to Hussey, a Distinguished Research Professor in Plant Pathology at UGA’s College of Agricultural and Environmental Sciences.

They attack nearly every food and fiber crop grown, about 2,000 plant species in all. The nematode invades plant roots, and by feeding on the roots’ cells, they cause the roots to grow large galls, or knots, damaging the crop and reducing its yields.

The discovery “has the potential to revolutionize root-knot resistance in all crops,” Hussey said.

The most cost-effective and sustainable management tactic for preventing root-knot nematode damage and reducing growers’ losses, he said, is to develop resistant plants that prevent the nematode from feeding on the roots. Because root-knot nematode resistance doesn’t come naturally in most crops, Hussey’s group bioengineered its own.

The results of the study were published in the journal, Proceedings of the National Academy of Sciences.

Four common root-knot nematode species account for 95 percent of all infestations in agricultural land. By discovering a root-knot nematode parasitism gene that’s essential for the nematode to infect crops, the scientists have developed a resistance gene effective against all four species.

Turning biology against itself

Using a technique called RNA interference, the researchers have effectively turned the nematode’s biology against itself. They genetically modified Arabidopsis, a model plant, to produce double-stranded RNA to knock out the specific parasitism gene in the nematode when it feeds on the plant roots.

This knocked out the parasitism gene in the nematode and disrupted its ability to infect plants.

The researchers’ efforts have been directed primarily at understanding the molecular tools the nematode uses to infect plants. This is a prerequisite for bioengineering durable resistance to these nematodes in crop plants.

Through this research, they’ve discovered the parasitism genes that make a nematode a plant parasite so it can attack and feed on crops, Huang said.

“Our results of in-plant RNA interference silencing of a parasitism gene in root-knot nematodes provides a way to development crops with broad resistance to this destructive pathogen,” Hussey said. “Equally important, our approach makes available a strategy for developing root-knot-nematode-resistant crops for which natural resistance genes do not exist.”

Funding for the project came from the U.S. Department of Agriculture’s Cooperative State Research, Education and Extension Service National Research Initiative and the UGA CAES.